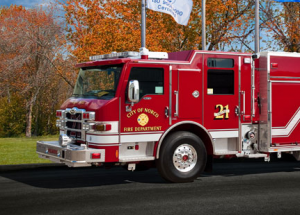 The Norco City Council voted 3-1 Wednesday to approve a $2.9million annual contract with Cal Fire/Riverside County Fire Department for fire and medical emergency services, a move that begins the process to dissolve the Norco Fire Department.

Most council members said they supported dismantling the in-house Fire Department and contracting with the county because budgets have been overrun for years, and the agency costs the city money it cannot afford.

One person at the meeting spoke against the agreement with county fire and suggested paying people in the community to be on-call firefighters, as other cities have done.

“We’re rolling the dice every day, and to be free of that burden is a benefit,” Newton said.

Mayor Berwin Hanna said the arrangement would allow Norco more resources from Cal Fire, which serves 20 of the 28 cities in the county and the Rubidoux Community Services District.

The move is expected to save the city roughly $1.4 million annually, excluding start-up costs. Norco had budgeted about $3 million for services from its Fire Department this year, but that figure does not include overtime, workers’ compensation and disability claims that could boost that figure to $4.5 million, according to a staff report.

Although the contract specifies that Cal Fire agrees to the predetermined annual cost, the city is ultimately responsible for overruns, but county officials say cities always stay within or under budget. The transition should be complete by January.

The agreement transfers all 18 of the city’s firefighter paramedics, captains and engineers to Cal Fire as state employees while the city plans to keep the full-time fire prevention specialist and two part-time clerical assistants. Some firefighters would continue to work in Norco, while others could be transferred to other county stations.

The city also will keep ownership of its two fire stations and fire equipment but plans to transfer two fire engines to Cal Fire to avoid liabilities such as property insurance.