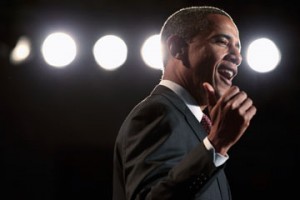 Obama is scheduled to arrive at Los Angeles International Airport shortly after 3 p.m. and fly by helicopter to the Veterans Administration hospital near UCLA.

Traffic in the area could back up as late as 11 p.m., when Obama travels from the fundraiser to the Beverly Hilton, where he usually stays when in the Los Angeles area.

Thursday morning rush hour traffic could also be more severe than usual, as Obama leaves his hotel for a 7 a.m. breakfast fundraiser at the Corona del Mar home of Jeff and Nancy Stack, according to Bruce Gillman of the Los Angeles Department of Transportation.

Gillman urged drivers “to please obey the directions of any police and traffic officers deployed on city streets in support of the president’s visit.”

Secret Service Special Agent Joseph Beaty said traffic delays “are not something we ignore. We realize that the people of L.A. have to work and go home, and we do take that into consideration when we’re planning the security of the president.”

“We want to be as least intrusive as we have to be,” Beaty said.

Rosendahl, who chairs the Transportation Committee, said Obama’s travel to an evening fundraiser is likely to cause some delays along the major east- west routes of Santa Monica, Wilshire and Sunset boulevards.

Rosendahl said he conferred with White House staff, the Secret Service and Los Angeles police officials about Obama’s visit and was assured the security will use so-called “soft closures,” shutting down and re-opening streets as Obama’s motorcade comes and goes, rather than extended closures of several possible routes to his destination.

“It will be a very, very un-impactful, quick trip,” Rosendahl said.