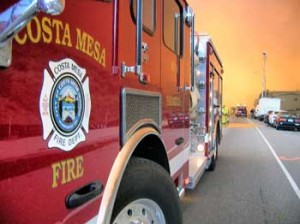 The city of Costa Mesa has voted to keep its fire department instead of contracting services with Orange County.

In a unanimous vote late Tuesday night, the council rescinded layoff notices to 87 firefighters, effectively canceling a proposal to use the Orange County Fire Authority, the Daily Pilot reported. Under that plan, the county was expected to have absorbed most — but not all — of the fire department’s employees.

Firefighters had received nearly 43% of the 203 layoff notices sent to city employees since March 2011, when the council began its outsourcing research and implementation.

The council will now work on a fire department restructuring plan that aims to improve service and save money. Councilman Gary Monahan said the plan would address high overtime costs.

The council will then review the plan, which could include closing a fire station and cutting nine positions, at a May 8 study session.

“The administrative staff is quite relieved,” interim Fire Chief Tom Arnold said. “The issue has weighed very heavily on staff, and this decision obviously boosts morale. Everyone is working very hard with less.”

Arnold, who came on in November, said he was researching solutions to “improve efficiency, effectiveness and response times, and achieve real and long-term cost reductions.”

He said  overtime costs would be mitigated with the new plan by using fewer people “deployed in a more efficient way.”