Motorola Is Unable to Find Buyers After Months-Long Effort 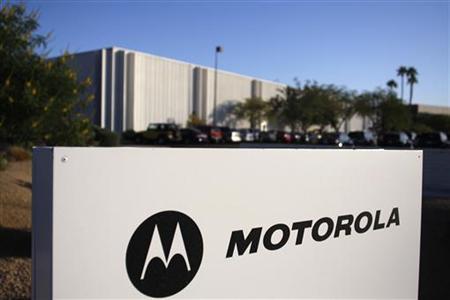 Motorola Solutions Inc. has failed to find a buyer after seeking to drum up interest from private-equity funds and large industrial companies, people with knowledge of the matter said.

The maker of two-way radios and other communications equipment has proved too large a target for any single buyout fund, one of the people said, asking not to be identified discussing private information. Motorola fell 6.2 percent to $62.51 in New York trading Thursday, giving it a market value of about $13.2 billion.

Motorola also approached strategic buyers including Honeywell International Inc. and Tyco International Plc, without gaining any traction, another person said. Some companies were concerned that Motorola’s technology may become obsolete too quickly to justify a large purchase price, this person said.

Motorola has struggled recently, with per-share profit excluding some items tumbling 45 percent last year, and sales this year projected to be unchanged to slightly lower.

The company may be able to find interest from wireless carriers that want to deepen relationships with emergency-service providers who need reliable and constant access to communications networks, said Keith Housum, an analyst at Northcoast Research in Cleveland.

Another option for Motorola now — a share buyback — will only increase debt and make it less attractive to private-equity firms, he said. Funds are finding it difficult to obtain financing for large deals, and so-called club deals among teams of firms have largely disappeared.

Bloomberg reported in early February that Motorola had hired investment banks to find a buyer. At that point a sale process had already been under way for months, people with knowledge of the matter said at the time.

Spokesmen for Motorola, Honeywell and Tyco declined to comment.

Based in Schaumburg, Illinois, Motorola makes radio equipment for emergency workers. Its customers include the U.S. government, with 8 percent of sales, and automakers Volkswagen AG, Ford Motor Co. and Bayerische Motoren Werke AG, according to data compiled by Bloomberg.

Motorola Solutions is the product of a 2011 breakup of Motorola Inc. — a company that was founded in 1928 as Galvin Manufacturing Corp. to make a device that allowed battery-powered radios to run on household electricity.

The breakup, which came after investors led by billionaire Carl Icahn sought to shake up the company’s performance, resulted in its mobile-phone unit being spun off as Motorola Mobility Holdings Inc. That business was later sold to Google Inc., which then itself sold the handset business to Lenovo Group Ltd. in 2014.

The company has continued to divest units, selling its enterprise business — which makes bar-code scanning and radio-frequency identification technology — to Zebra Technologies Corp. for about $3.5 billion last year.

The sale of that business is one reason that Honeywell is unlikely to be interested in Motorola, according to Shannon O’Callaghan, an analyst with UBS Group AG.

“The piece of Motorola that overlaps with them was sold to Zebra, so if they were going to be interested in Motorola, that piece is gone,” O’Callaghan said last month.