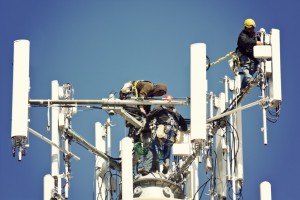 Construction on the public-safety LTE system being built by the Los Angeles Regional Interoperable Communications System (LA-RICS) has been suspended, according to the National Telecommunications and Information Administration (NTIA), which administers the federal grant funding most of the project.

“Given the Los Angeles City and County votes in the last week to halt construction on portions of the LA-RICS public-safety project, it is now clear that LA-RICS faces substantial challenges in fulfilling the project’s goals by the statutory deadline of September 30, 2015,” according to an NTIA spokeswoman. “NTIA is today suspending further construction and has directed LA-RICS to submit an amended project plan by April 13 that is acceptable to the City Council, the County Board of Supervisors and NTIA, acting in consultation with FirstNet.”

NTIA announced its position today, less than a day after the LA-RICS board announced plans to have LA-RICS representatives visit federal officials and lawmakers in Washington, D.C., during the week of April 20 to seek an extension of the Sept. 30 deadline to use $154.6 million in Broadband Technology Opportunities Program (BTOP) grants. If extra time is granted, LA-RICS officials hope to pursue alternative sites for the system and conduct outreach sessions to address concerns raised about proposed cell sites for the public-safety LTE system.

But extending the Sept. 30 grant deadline is not something that can be done at the discretion of NTIA staff, according to the NTIA spokeswoman. Some deadlines associated with BTOP grants have been extended in the past—in fact, LA-RICS is working under such an extension now—but those were administrative deadlines that could be controlled by the agency overseeing performance of projects receiving grant money.

In contrast, the Sept. 30 deadline is stipulated in the law that established the grant program—part of the 2009 stimulus package—so no one within NTIA has the authority to alter it.

“It would take an act of Congress to change the deadline,” the NTIA spokeswoman said.

Scott Edson, a commander in the LA County sheriff’s technology and support division, issued the following statement in the aftermath of NTIA’s decision:

“We certainly hope the NTIA will work with us, and Congress, to secure more time for us to work with others and allay concerns,” Edson said. “We have a very tight timeline to meet the Congressional requirements of moving to a new interoperable, broadband data system.

“Sheriff Jim McDonnell believes an extension of the NTIA BTOP grant funding, or the ability to use NTIA BTOP grant funding for a smaller scoped project, would be very beneficial to the region. It would allow us time to grow the system, it will provide many lessons learned to FirstNet and NTIA as they build out across the nation, and ultimately make it possible for this region to be interoperable with any ‘FirstNet’ (700 MHz Band 14) user agency across the nation, should they need mutual aid.”