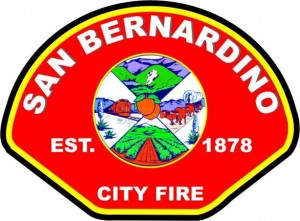 Nothing in the city charter prevents San Bernardino from outsourcing its Fire Department, a federal bankruptcy judge ruled Wednesday in a blow to the fire union that its attorneys immediately said they would appeal.

The ruling clears the way for the city’s plans to replace city firefighters — plans that have been underway for months with the San Bernardino County Fire Department and the private firm Centerra submitting bids to provide fire service, and which the city counted on to save $7 million to $10 million a year in itsbankruptcy exit plan filed in May.

It’s a limited ruling, because U.S. Bankruptcy Judge Meredith Jury said attorneys may be able to convince her later that state law requires the city to go through a formal “meet and confer” process with union officials before outsourcing, but it clearly — and unsurprisingly — went against the union, said fire union attorney Corey Glave.

“This is not unexpected,” Glave told the judge after she gave a tentative ruling and invited him to argue against it. “This has been an anti-labor case from the beginning and it continues as such.”

Jury responded: “I don’t buy that, but go ahead.”

There are several parts of the city charter that the fire union alleges requires the city to have a Fire Department composed of city employees.

The union was backed up by a city attorney’s opinion from 1991, when James F. Penman was in office, advising that the charter did not permit outsourcing the police or fire departments. That was countered by an opinion current City Attorney Gary Saenz wrote after the outsourcing move had already begun, asserting the opposite.

Saenz’s extremely recent opinion shouldn’t be a factor, Jury said, and even Penman’s opinion written before the current controversy was more like a lawyer’s advice to a client than a neutral finding such as an attorney general’s opinion, she also said.

Among the charter provisions that the union said imply there must be an in-house Fire Department are requirements that there be a fire chief and as many other employees as the city finds appropriate and outlining how city officials supervise the Fire Department.

Jury said there’s no such thing as an “implied” restriction in a city charter.

“Unless something is specifically prohibited by the charter, a city may do it,” she said.

There’s also the much-discussed requirement (reaffirmed by voters in 2014) that police and firefighters be paid the average of what 10 like-sized cities pay, something Glave said the city was trying to “circumvent” by staffing its Fire Department with people who aren’t city employees.

Outside of court, Glave criticized the city for not specifying in its request for proposals that the outside agencies being asked to run the department would in fact be subject to management by city employees.

“I’ll be interested to see who agrees to that,” he said.

Glave and the fire union’s other attorney said they are evaluating how best to move forward with an appeal.

It will probably be August when staff members ask the City Council to approve going forward with an outsourcing contract with one of them, she said.