SCMA club member Steve Herbert (LA-187, K6CRW) forwarded me this article on the future of OTA television broadcasts. The following is from a tvnewscheck.com article:

It’s difficult to pinpoint any single year in the history of television broadcasting more momentous than 2016 is likely to be.

And when I say broadcasting, I mean the medium, not the business of assembling a linear TV channel of national and local (mostly news) programming and supporting it with revenue from advertising and retransmission consent fees. 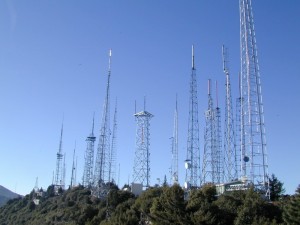 The two have been intertwined since the beginning, but not inextricably. The business could presumably exist and perhaps thrive without the medium by relying on third-party distributors — cable, satellite and broadband.

The decision will come in the way they conduct themselves in the repacking of the TV band that will follow the incentive auction this spring and how far they go in embracing the next-generation broadcast TV system known as ATSC 3.0 that is just about ready to go.

If all goes according to plan, in the incentive auction the FCC will buy a big swath of TV spectrum and sell it to wireless broadband companies. In the process, it will eliminate as many as 400 full-power TV stations that choose to sell or double up on other channels.

That, in turn, will trigger the start of a forced mass migration of between 800 and 1,200 of the remaining TV stations to new channels as the FCC repacks the old TV band to segregate broadcasting and wireless so they don’t interfere with each other.

For the rest of the article, check out the tvnewscheck.com article.