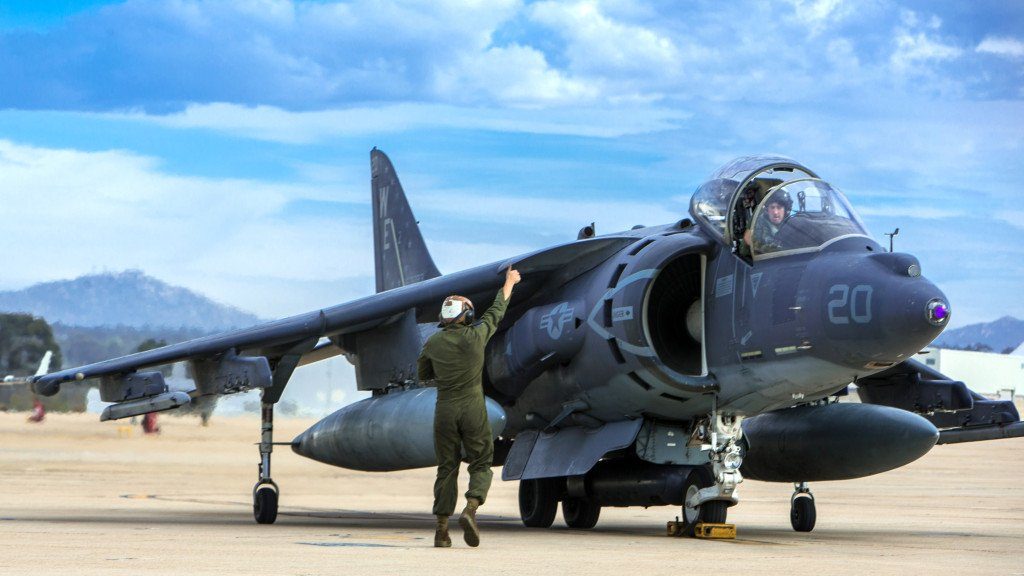 CAMP PENDELTON  — A war game exercise that deploys a battalion-size air, sea and ground assault is playing out across Marine Corps bases in Southern California this week.

The exercise, which includes more than 20,000 Marines from the 1st Marine Division and more than 600 Marine aviators and their crews, is taking place at San Clemente Island, Marine Corps Air Station Miramar, Camp Pendleton and at the Marine Air Ground Combat Center Twentynine Palms.

It combines the 3rd Marine Aircraft Wing’s “Winter Fury” exercise with the 1st Marine Division’s “Steel Knight” training. Both are held annually to prepare Marines for worldwide threats and to sharpen their skills for upcoming deployments. But the combined exercise is the first in more than a decade, military officials say.

“We are setting up a full command structure within the wing that will command and control all our assets flying in the air space that is real and virtual,” said Col. Michael Borgschulte, assistant Wing Commander for the 3rd Marine Aircraft Wing, which has units at Camp Pendleton, Miramar and Marine Corps Air Station Yuma in Arizona. “We are doing command and control integration with the 1st Marine Division.”

The exercise at Twentynine Palms, re-creating a battalion air assault to establish an air field and refueling center behind enemy lines, trains Marines and sailors in planning, deployment and command and control against an enemy force with similar capabilities.

The size and scope of the training makes it unique, Borgschulte said.

“We’ll move a full battalion via aviation into Twentynine Palms and establish an airfield there using upwards of 40 aircraft,” said Borgschulte, who at 48 has been in the Marine Corps for 27 years and is a trained Cobra pilot.

While Marines, sailors and aviators operate in the air and on the ground, commanders are running their command and control center from tents in the desert. Communication between aviation and ground forces and the center is critical, Borgschulte said. Typically, these units work independently.

“We will be fighting as a Marine Air Ground Task Force where we integrate and combine arms” using all resources, Borgschulte said.

In the wake of a recent spike in non-combat training mishaps, Borgschulte and other commanders are putting the safety of their Marines at a premium, he said.

The number of on-duty Marine ground and aviation training mishaps per 100,000 Marines this year is 10.49, up about 60 percent from 2014, according to data from the Naval Safety Center.

“Whenever we have a large-scale exercise, we have a lot more hours that go into the preparation of the aircraft,” Borgschulte said. “The more flying we do, the more proficient our crews are. Our most valuable asset is the individual Marine. Everything we do supports that.

“Anytime we have an incident it’s tragic,” he said. “In the investigation, we go back and see the causal factors and what needs to be corrected.”

The exercises will end Friday.