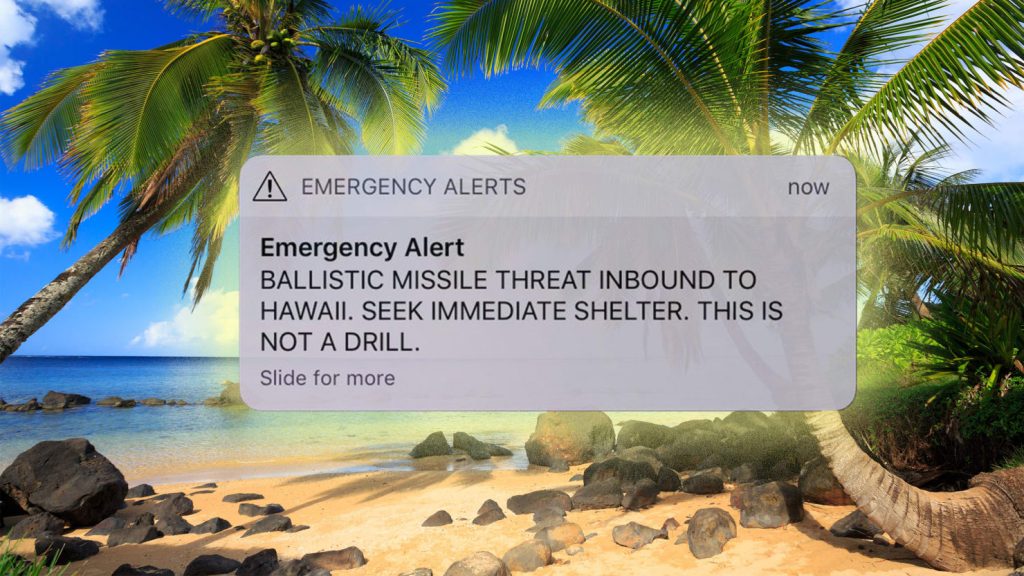 In the minutes after the false missile EAS alert was delivered in Hawaii, there was a great deal of general confusion — a lack of communication, general perplexity about the next steps, and phone call after phone call that didn’t get through to the right recipients.

But one group, in particular, said it knew exactly what it felt it had to do. While an official retraction from emergency officials of the alert did not come until 38 minutes had elapsed, amateur radio operators were able to confirm within 13 minutes that the Hawaii EAS alert was false.

“The big thing is, when all else fails, we’re able to provide emergency communications as required,” said Mike Lisenco, a member of the board of directors for the Amateur Radio Relay League.

At a hearing on Jan. 25 called by the Senate Commerce Committee, Lisenco discussed the role that amateur radio operators played in responding to the Hawaii EAS alert response. He noted that amateur radio, as a distributed form of communications infrastructure, is easily adapted to changing emergency conditions in disaster response situations.

And in this case, amateur radio operators in Hawaii were well-prepared for the emergency event.

“Ironically, amateur radio members in Hawaii had just been drilling 20 hours before the actual false alarm, so everything was fresh on their minds,” Lisenco said during the hearing.

Rumors and stories began to circulate through various VHF and UHF repeaters about the alarm as part of the Hawaii State Radio Amateur Civil Emergency Service. Amateur radio operators picked up a conversation from a Coast Guard vessel outside the area that was relaying news that the alert was false. The operators, taught to listen for a local siren that indicates a true emergency, realized that siren had not sounded.

The result was that amateur radio networks were able to disseminate validated cancellation information long before the cellular networks via WEA were able to do so, Lisenco said.

At the hearing, Sen. Roger Wicker (R-MS) asked why amateur radios are considered valuable in a situation such as these.

“We’re not dependent on the [same] infrastructure to operate,” Lisenco said. “And because we understand how radio works, we’re able to adapt quickly to many situations.”

Sen. Wicker has been an advocate for amateur radio operators through sponsorship of the Amateur Radio Parity Act, which is designed to ease regulations surrounding installation of certain amateur radio infrastructure. The bill calls on the Federal Communications Commission to allow for reasonable accommodations for certain amateur radio antennas in regulated communities.

The use of amateur radio proved vital during Hurricane Katrina, Wicker’s office said, when amateur radio operators helped restore communications lines with FEMA, the Red Cross, and other disaster relief entities when the primary emergency response network was down.

“We have amateur operators both within and outside a disaster area,” Lisenco said. “That gives us a unique ability to disseminate information within a disaster zone that others don’t have.” During Hurricane Sandy in 2012, for example, amateur radio operators within the flood zones sent information to the outside to get first responders to where people needed help, he said.