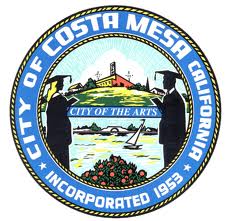 The Costa Mesa City Council agreed this week to use $250,000 in Homeland Security grant money to upgrade its communications equipment.

In 2001, the city switched from an 800 MHz Motorola radio to a newer version, reducing coverage, according to a city report.

After the Sept. 11, 2001, attacks, concerns were raised about Costa Mesa’s safety because it falls in the top 1% of 619 sites in Orange County considered potential terrorist targets, the report said.

The city’s telecommunication division will use the funds to buy a bi-directional antenna, which will upgrade the radio system.

“It’s a good thing for us to have this because it will help in the event of an emergency so that we are more prepared in our city to mobilize and help our residents,” Councilwoman Wendy Leece said.

It was an arduous grant process, she said, pointing out that it dated back to 2009.

The council also approved $5,655 for KOCI, a non-profit radio station in Costa Mesa, to provide an emergency alert system, with Newport Beach splitting the cost.

“It’s two different layers of an emergency system,” Leece said. “With all the restructuring in our Police and Fire departments this will help us refocus and make emergency preparedness a priority. We can never be too prepared.”