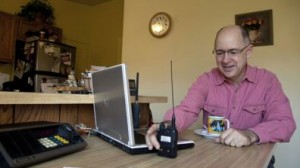 Police departments around the country are moving to shield their radio communications from the public as cheap, user-friendly technology has made it easy for anyone to use handheld devices to keep tabs on officers responding to crimes.

The practice of encryption has become increasingly common from Florida to New York and west to California, with law enforcement officials saying they want to keep criminals from using officers’ internal chatter to evade them. But journalists and neighborhood watchdogs say open communications ensure that the public receives information as quickly as possible that can be vital to their safety.

Washington D.C. police became one of the latest departments to adopt the practice this fall. Police Chief Cathy Lanier said recently that a group of burglars who police believe were following radio communications on their smartphones pulled off more than a dozen crimes before ultimately being arrested and that drug dealers fled a laundromat after a sergeant used his radio to call in other officers — suggesting that they, too, might have been listening in.

“Whereas listeners used to be tied to stationary scanners, new technology has allowed people — and especially criminalsh and patrol talk groups. I don’t think that’s right,” he said. “I think the public has a right to monitor them and find out what’s going on around them. They pay the salaries and everything.”

One iPhone app, Scanner 911, offers on its website the chance to “listen in while police, fire and EMS crews work day & night.” Apple’s iTunes store advertises several others. Though iPhones don’t directly pick up police signals, users can listen to nearly real-time audio through Internet streaming services, said Matthew Blaze, director of the Distributed Systems Laboratory at the University of Pennsylvania.

The cost of encryption varies. The Nassau County, N.Y., police department is in the final stages of a $50 million emergency communications upgrade that includes encryption and interoperability with other law enforcement agencies in the region, said Inspector Edmund Horace. Once the old system is taken down, Horace said, “You would not be able to discern what’s being said on the air unless you had the proper equipment.”

The Orange County, Fla., sheriff’s office expects to be encrypted within months. Several police departments in the county are already encrypted, and more will follow suit to keep officers safe, said Bryan Rintoul, director of emergency communications for the sheriff’s office.

In California, the Santa Monica police department has been fully encrypted for the past two years, enabling police to communicate more freely during high-risk calls, said spokesman Sgt. Richard Lewis.

Smaller communities like Garden City, Kan. — with a population of roughly 27,000 — are also converting.

“It was an unknown. There was no criminal act, but it concerns the officers when you see the same vehicle keep showing up at your scenes,” said spokesman Sgt. Michael Reagle. “What is their intent when they keep showing up?”

The shift to eto alert the public to traffic delays, said spokeswoman Gwendolyn Crump. But the chief has refused to give radios to media organizations, which continue to assail the encryption.

“What about the truly terrifying crimes?” Metlin, the news director, asked at the hearing. “What if, God forbid, there is another act of terrorism here? It is our jobs to inform the public in times of emergency.”

Rick Hansen says he’s been listening to police communications since he was 13 or 14 and considers efforts to shut them off a way to make government less transparent. The Silver Spring, Md., man says they should use technology to keep sensitive information of the airwaves on a selective basis.

“Yes, it’s a concern — and it’s something that can be addressed through proper procedures and processes as opposed to turning out the lights on everybody,” he said.