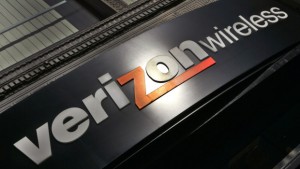 Not quite the “War Of The Worlds” broadcast of a Martian invasion in New Jersey, a Verizon “emergency” alert Monday that the company texted to its wireless customers still jangled some nerves and triggered hundreds of calls from concerned residents to local and state offices.

The company sent the alert to customers in Middlesex, Monmouth and Ocean counties, warning of a “civil emergency” and telling people to “take shelter now.” Trouble was, the message was meant to be a test but it wasn’t labeled as such, Verizon later admitted.

Within about 90 minutes, the state homeland security and emergency management offices posted on Twitter that no emergency existed, but by then people had called a variety of local, county and state agencies to express their concerns.

In Monmouth County, the number of calls to the county 911 call center doubled between noon and 1 p.m. to more than 170, compared to the same time last week, Cynthia Scott, a county sheriff’s department spokeswoman, said.

“It was more concern than panic,” Scott said. “We had people calling who had a lot of questions.”

“It seemed like calls went to any agency that had a listed phone number,” said Lt. Keith Klements, division commander for the county sheriff’s office.

The reaction wasn’t as extreme as the panic touched off by Orson Welles’ 1938 “War Of The Worlds” radio broadcast of a fake Martian invasion in Grovers Mill, N.J. Many people believed the broadcast was a real emergency announcement. But for a short while Monday, the alert started a chain reaction across a wide swath of central New Jersey.

“We were getting reports from individuals but not from any of our people out in the field,” Klements said. “And no one was saying it was coming from a specific source. But we have to take it seriously, so we immediately checked with the state.”

A spokesman for the state Office of Homeland Security and Preparedness didn’t immediately return a phone message.

In an email, a Verizon spokesman said the company apologized for any inconvenience or concern that the message caused. The company didn’t say why the message was sent without being labeled as a test or whether Monday’s incident was the first time such a mistake had occurred.