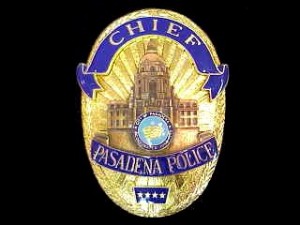 As of January 7, 2012, the Pasadena Police Department’s radio communications have switched from analog to digital, preventing media outlets and radio enthusiasts from monitoring police calls.

The police department will make its $7 million leap forward from analog to encrypted digital transmission of radio conversations in a move city officials insisted was not about secrecy but safety.

“We are not out to avoid detection, but we are here to keep everyone safe,” said Steven Page, Pasadena’s telecommunications supervisor.

“With the advent of iPhones and other devices, you can use an (application) to figure out where the police are at any given time,” he said.

Shawn West, who owns West Information Services, a company that monitors radio traffic, said “people listening to scanners aren’t committing that many crimes” and those employing scanners to aid in a criminal activity are themselves breaking the law.

And while police seek privacy in switching to digital transmission of their conversations, doing so will hinder the work of journalists, West said.

“Newspapers will have to wait on press releases,” he said.

Meanwhile, a digital revolution of sorts is underway in law enforcement, with agencies from Pomona to the Pacific Ocean adopting new radio technology.

And as they do, many news agencies will be at least temporarily left in the dark.

Pasadena city officials promised to come up with a plan to arm area media outlets with digitally equipped scanners. Pasadena officials said they will likely replicate the plan used in Orange County, where news outlets and law enforcement agencies enter into agreements to lease or receive the scanners on loan, Page said.

However, the city has not formulated criteria for what constitutes as a news agency.

For now, the Pasadena media will depend on the discretion of police officers in reporting the agency’s activities.

“We will put the information out that the public needs to know,” Pasadena police Phillip Sanchez said.

“That may be one of the unintended consequences,” Pasadena City Manager Michael Beck said about the encryption which will keep residents and the media from listening in on police frequencies.

Sanchez surmises that the public prefers the improved response times associated with the technology to open access for the media and the public.

“I guess the balance to that is the benefit to the victim; that we get there quickly and can coordinate our response,” Sanchez said. “Ultimately time will tell whether the media feels excluded.”

While California requires government bodies to operate openly under the scrutiny of the press and the general public, police departments are not required to make the same concession when it comes to radio transmissions.

“Assuming of course that the police are doing what they are supposed to do … I don’t know it’s inherently suspect anymore than it would be for police to use the phone or email to secure communications,” Francke said.

The new digital radio system works much like a cell phone. A computer system assigns a frequency to a radio in the field and switches that frequency assignment as traffic on the entire system increases or as the officer moves across the coverage area. In short, more people can talk along a more narrow spectrum of bandwidth, West said.

By April 1, the Pasadena departments of Public Works, Water and Power and Code Enforcement will have adopted the new encrypted system.

The Pasadena Fire Department will not adopt a fully encrypted system, as the department works closely with other agencies that have not gone digital, Page said.

In the Bay Area, the new radio systems have been crippled by cell phone jamming equipment, proof that the system is not foolproof, Page said.

“If someone really wants to jam our system, they can,” Page said.