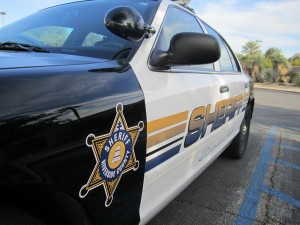 The acquisition of a mobile mapping system that will enable Riverside County sheriff’s deputies to more quickly locate crime scenes and other hot spots was approved Tuesday by the Board of Supervisors.

In a 4-0 vote, with Supervisor Jeff Stone absent, the board signed off on Sheriff Stan Sniff’s request for a $647,000 optional multi-year contract with St. Cloud, Minn.-based Geo-Comm Inc. to upgrade the sheriff’s patrol fleet, consisting of around 900 vehicles, using the company’s GeoLynx 911 system.

“At the current time, sheriff’s patrol (units) are using Thomas Bros. map books, photocopied maps and asking for assistance from dispatch to locate an incident,” sheriff’s documents state. “Dispatchers currently assist deputies on patrol by searching a stand-alone mapping application that requires an address to be manually entered, and is not passed from the computer-aided dispatch system. This process slows the response time substantially.”

The county sought bids for software that can provide real-time mapping information to deputies operating mobile data terminals in their vehicles. Two firms responded, and Geo-Comm was selected as the preferred contractor.

According to sheriff’s documents, the GeoLynx products will be installed in two phases and will be adapted to technology already in use by sheriff’s, fire and other agencies.

The broadband system will utilize GPS to pinpoint locations, which will be transmitted via radio transmitters to patrol units.

Installation of the system is expected to begin between now and Sept. 1.