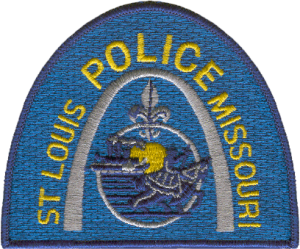 The FCC granted the first waiver of the Jan. 1, 2013, VHF/UHF narrowbanding deadline to the Missouri counties of St. Louis and St. Charles, the Jefferson County 9-1-1 Dispatch Board and the East-West Gateway Council.

The FCC’s narrowbanding mandate requires private land mobile radio licensees in the 150 – 174 MHz and 450 – 512 MHz bands to operate using channel bandwidth of no more than 12.5 kilohertz.

The waiver extends the narrowbanding deadline to Dec. 31, 2013, with two conditions. The first condition requires any licensee in the St. Louis Urban Area seeking to have the waiver apply to its facilities to file a letter within 90 days confirming that it consents to the terms of the waiver order and agrees to them. The second condition requires the petitioners to file within six months of the order a list of VHF/UHF frequencies and licenses that will be relinquished.

The waiver requests encompassed multiple VHF and UHF authorizations in the petitioners’ respective jurisdictions. The petitioners are members of the St. Louis Urban Area, which is in the process of constructing a multicounty interoperable 800 MHz radio system.

The jurisdictions said they passed sales tax initiatives to secure funding for the new 800 MHz system, which has an FCC-approved extended implementation schedule until Dec. 31, 2013. The counties intend to transition their VHF/UHF operations that are the subject of the waiver requests onto the new system and subsequently will vacate their UHF and VHF authorizations.

However, because the new system will not be operational by the Jan. 1, 2013, narrowbanding deadline, the petitioners sought a waiver of the deadline until the end of 2013 to avoid having to divert financial, technical and administrative resources to narrowbanding of their existing VHF and UHF systems pending the transition.

“If we were to strictly apply the narrowbanding rules, petitioners would be required to expend significant financial and administrative resources to narrowband their existing VHF/UHF wideband facilities by January 1, 2013, even though they plan to decommission these facilities and vacate their VHF/UHF frequencies no more than twelve months later when they migrate to the new 800 MHz system,” said the FCC in its order. “We conclude that strict enforcement of the narrowbanding deadline under these circumstances would not serve the underlying purpose of the rule and that a waiver would be in the public interest.”

The commission noted the petitioners met several factors identified in its Narrowbanding Waiver Guidance Notice, including demonstrating diligence in planning and implementing their transition to the 800 MHz band; showing that the waiver will not harm neighboring systems or impair interoperability during the waiver period; and committing to relinquish substantial VHF/UHF spectrum once migration to the new 800 MHz system is complete.

In related action, the commission released a public notice to provide additional guidance to parties seeking waivers of the narrowbanding deadline for the 150 – 174 and 421 – 512 MHz bands.

“Specifically, we recommend that licensees seeking waivers ensure that their submissions include, or are amended to include, a definitive list of the frequencies for which they are seeking a waiver, a list of frequencies that will be relinquished (if applicable, e.g. if the licensee intends to migrate to the 700 MHz or 800 MHz band and relinquish VHF/UHF spectrum), and representations from all licensees covered by the waiver request that they have committed to take any actions that form the basis for the waiver justification.”