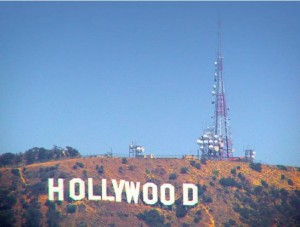 After Los Angeles Police Department radio communications went down for half the day on Tuesday, a city councilman on Wednesday demanded the firing of the official whose agency caused the problem.

Councilman Mitch Englander said he will call for the dismissal of General Services Department general manager Tony Royster for the power outage Tuesday at Mount Lee, where all LAPD radio communications equipment is housed.

Englander, who is a reserve officer, said General Services crews were sent to the Mount Lee facility – located not far from the Hollywood sign – to test a backup generator. However, he said, the test failed and knocked out all power at Mount Lee, shutting down radio communications.

“It placed the public and officers at extreme risk,” Englander said.

LAPD officials and the Mayor’s Office, however, said backup systems were used that ultimately prevented any serious breakdowns in communication.

“We were able to handle it without too much of a problem,” Smith said. “We run drills all the time to test our system and that’s what this turned into.”

“It was a good exercise for us. Our center was down for about 12 hours, but we still had communication from the stations to the cars and the car computers never went down.”

Mayor Antonio Villaraigosa’s office was informed of the problem and said backup systems were put into effect.

“When that equipment didn’t work, other redundant systems kicked in at the LAPD,” spokesman Peter Sanders said. “The LAPD successfully handled 911 calls and no emergency responses were threatened.”

Englander, however, insisted that the problem was more serious than that. The communications breakdown meant a delayed response to emergencies, as 911 calls had to be answered manually with operators then calling stations to dispatch an officer, he said.

For officers, he said, the danger came in the form of an inability to get immediate access to information, such as a driver history based on license plates.

“We weren’t able to find out if the person had a record, was being sought for anything or had violent tendencies,” Englander said. “A traffic stop can be the most dangerous stop we make.”

“They should have checked with the department first and there is no way they would have allowed them to work on Mount Lee until the Valley Dispatch Center’s problem was fixed,” Englander said.

“While the system is back up and operating normally, a failure of the GSD management of this magnitude resulting in the shut down of our most critical system (demands answers),” Englander said. “Whoever is responsible for this lapse needs to be held accountable.”