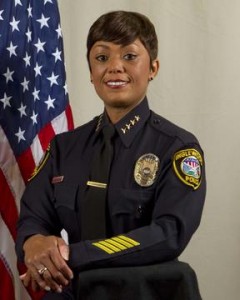 Seabrooks, 50, spent 25 years at the Santa Monica Police Department, where she rose from officer to captain before being named chief in Inglewood 4 1/2 years ago. She will assume her new post in May, succeeding Timothy J. Jackman, who retired. Jackman’s predecessor was James T. Butts, now mayor of Inglewood, who had previously served for two decades with that city’s Police Department.

As chief, Seabrooks will receive a salary of $238,752 and manage a department with 443 employees and a budget of more than $70 million.