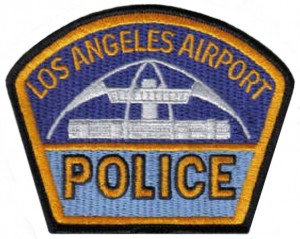 A protracted effort to expand the powers of Los Angeles International Airport’s police force has moved to Sacramento, where state lawmakers are considering a bill strongly opposed by the LAPD.

For now, airport police officers have to call the LAPD for such duties as citing motorists after an accident, seizing firearms during domestic violence incidents or transporting explosives to help train bomb-sniffing dogs, said Marshall McClain, president of the Los Angeles Airport Peace Officers Association.

“This bill would allow us to conduct the same functions as other law enforcement officers in the state, which is a no-brainer in a post-9-11 era,” McClain said.

The state’s Commission on Peace Officer Standards and Training supports the proposed changes for LAX’s police force. The commission made similar recommendations for the police agencies at the ports of Los Angeles and San Diego, which were both granted the expanded duties several years ago.

Allowing airport police officers to assume those duties would “become an expensive duplication” because the work is already done by the LAPD, said Tyler Izen, president of the Los Angeles Police Protective League.

“AB 2137 is premature until the City Council and mayor make informed decisions about the future of LAX security,” Izen wrote in a letter delivered earlier this month to the bill’s author, Assemblyman Steven Bradford, D-Gardena.

“We are concerned AB 2137 inappropriately bypasses the local review process initiated by Mayor Antonio Villaraigosa,” Izen wrote. “This is a local issue that must be first reviewed and decided by the entire City Council.”

Bradford’s measure was approved Thursday by the Assembly’s Public Safety Committee and is expected to be heard later this month by the Appropriations Committee, where a similar bill by Assemblywoman Betsy Butler, D-El Segundo, quietly died last year.

However, the lengthy report did not address whether LAX’s police officers should be given the same peace officer status as their counterparts at the LAPD.

“We owe it to the residents of Los Angeles and the traveling public to ensure that the Los Angeles Airport Police, who are the first line of defense against any attack on our local airports, have the tools and resources needed to keep our airports and communities safe,” Bradford said.

McClain said he believes the LAPD opposes the measure because the department is fully reimbursed for salaries and benefits of officers assigned to patrol the airport.

A budget proposal presented last week shows that Los Angeles World Airports plans to spend $23.5 million next year for LAPD’s services at LAX, in addition to another $100 million set aside for airport police.

The proposed allocation comes as the Federal Aviation Administration actively investigates whether the LAPD has overcharged for security services at LAX over the past several years. The inquiry was launched last December, after the airport’s police union filed a complaint claiming that the LAPD used the money to pay for expenses unrelated to LAX.

“It’s a political and financial maneuver to protect the city’s general fund,” which has an estimated $238 million deficit for the next fiscal year, McClain said. “I can’t think of any other reason why the LAPD wants to hold us back other than money.”