Plan to Fold General Services in to LAPD is Approved 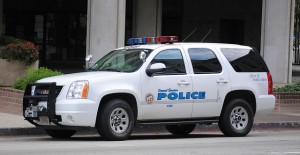 The Los Angeles Police Department will absorb the General Services police and security officers under a plan approved Tuesday.

The City Council voted unanimously to consolidate the two agencies, transferring the 220 officers and security guards from General Services to the LAPD.

With the move, the LAPD will take on the work of General Services police: patrolling libraries, City Hall offices and other city facilities.

Mayor Antonio Villaraigosa backed the merger, including the plan in his 2012-2013 budget.

“This isn’t a divorce, this is a marriage,” Englander said. “And I say, Mazel Tov.”

In the short term, the merger will cause a reduction in the number of officers patrolling libraries and parks.

The remaining officers will be invited to apply to become LAPD officers, she said.

Overall, there’ll be a “small bump” in the number of LAPD officers, who currently number 9,963, she said.

But unions – who said Mayor Villaraigosa’s office failed to consult with them on the consolidation – remain wary about the plan, and the tight timeline for consolidation.

City Councilman Paul Koretz cast an aye vote, despite his lingering concerns. Koretz is worried that once the merger is complete, the former General Services police officers won’t be as highly regarded as their LAPD peers.

“I’m a little nervous,” Koretz said. “But the plan is moving forward.”

I was forwarded a document as to how the proposed transfer would be structured.

The proposed consolidation will transition the OPS into the LAPD, meaning the OPS will become a new and unique division within the LAPD, renamed as the Security Services Division. A mix of police and civilian supervisors will be deployed to manage the proposed major components as set forth below.

POLICE OFFICERS:
The current police deployment and patrol will be modified from its current OPS format. The basis for the consolidation plan is for a portion of the police component to be absorbed within the LAPD and handled in a decentralized manner. The geographic responsibilities of the OPS, at a minimum, would be supported by LAPD Area Stations. First responder duties can be accomplished by LAPD patrol divisions. The separating of the law enforcement arm from the security function will diminish any chance of role confusion between the Area Stations and the Security Services Division.
By eliminating redundant functions and reconfiguring existing deployment methods, the LAPD will absorb the responsibilities of GSD sworn currently assigned to patrol duties into the existing patrol function which is supported by the Area Stations.

Providing security to the City’s facilities is crucial to the OPS operation. It is anticipated that the current deployment of security personnel and resources dedicated to those personnel will remain relatively unchanged in a consolidation.

DISPATCH & COMMUNICATIONS:
The Communications Section is staffed by a Senior Communications Operator and Communications Information Representatives. The current OPS dispatch configuration will be evaluated for possible transition into the LAPD’s Communications Division.
However, under the current OPS configuration, assigned personnel have security camera and alarm monitoring responsibilities in addition to dispatch duties. Should communications personnel continue to work in OPS Headquarters, they will be able to monitor alarms and cameras, but a link will need to be established to be able to tie a new radio frequency directly into the LAPD’s system. Conversely, should the dispatch function be moved to the LAPD Metropolitan Dispatch Center, much of the alarm and camera function will need to be migrated over to the LAPD via hardware and software installation so related calls could continue to be processed.
Since current OPS personnel have not been through the training programs provided to current LAPD Communications Division employees, OPS personnel will only be able to work the Security Services Division frequency until such training is provided. Eventually, full integration of these employees may occur, but would not necessarily be required.
Currently, the OPS has Motorola XTS 5000 handheld radios that are programmed with LAPD frequencies which can be utilized should the consolidation take place. At this time, it is recommended that the dispatch function continue to operate from within OPS Headquarters. However, it is further recommended that a complete migration to the LAPD occur when fiscally and feasibly possible.