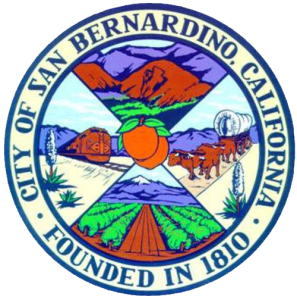 San Bernardino’s police and fire chiefs Thursday assured residents the agencies will continue to aggressively respond to crime, fires and medical emergencies despite the city’s decision to seek bankruptcy protection.

On Tuesday, July 10th, the City Council voted to seek Chapter 9 bankruptcy protection, a section of federal law for municipalities facing insolvency. Interim City Manager Andrea Miller told the council the city faced a $45.8-million budget shortfall, the equivalent of about 35% of the city’s annual budget, and would not be able make payroll this summer.

San Bernardino is the third California city to seek bankruptcy protection in the last month, joining Stockton, in the Central Valley, and Mammoth Lakes in the eastern Sierra Nevada.

Police Chief Rob Handy, who took over the job in October, said he plans to shift officers from specialized assignments, including gang units, to patrol duty to ensure quick response to reported crimes.

“We will continue to provide emergency and essential services to the residents of this community. We will do what it takes,’’ Handy told reporters at a morning news conference at police headquarters.

Still, Handy expects more officers to leave or retire as the cloud of bankruptcy hangs over the city, an attrition that he said could eventually affect crime prevention and community policing programs.

The city already has seen an increase in violent crime this year.

Handy and acting Fire Chief Paul Drasil said officers and firefighters are concerned they may feel the brunt of the city’s fiscal crisis, given that public safety agencies account for 75% of the city’s budget. But they declined to address austerity proposals, including suggestions the city could either share fire services with other areas or contract other public safety agencies, such as the San Bernardino County Sheriff’s Department and the state firefighting agency.