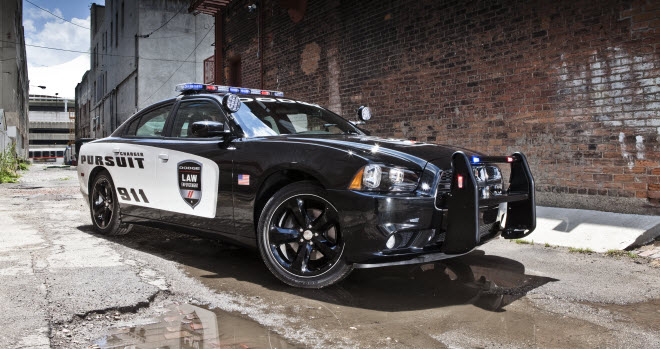 While cutting-edge automotive infotainment systems like Cadillac CUE get lots of attention, Chrysler’s 2-year-old Uconnect Touch remains a dark horse in the field, gaining a fair amount of praise and winning awards from Edmunds and Ward’s Auto. The system’s 8.4-inch touchscreen, equipped in vehicles like the Chrysler 300 and the Dodge Charger, is one of the largest available and has a layout that’s easy to navigate. Now it’s getting even bigger and finding a home in cop cars for the Los Angeles Police Department.

The standard size of the screen apparently didn’t cut it for police work. “The LAPD made a very strong case that a lot of the applications they’re used to running are on sizable laptop screens,” Mike Bassier, an engineer at Chrysler responsible for in-cabin electronics, told Wired. “When you try to get that information into an 8.4-inch screen it becomes very unreadable and very difficult to manipulate.” So Chrysler commissioned Continental Engineering Services to come up with a 12.1-inch version capable of showing data, graphics and video particular to police work. “The LAPD was very adamant that 12.1-inch was the minimum screen size,” Bassier added. “And after they walked us through some of the applications, such as computer-aided dispatch, it was clear that doing anything smaller would be very difficult to use.” 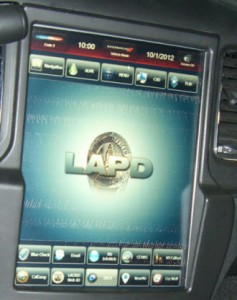 A concept version of the system was unveiled in a Dodge Charger Pursuit at the International Association of Chiefs of Police Conference in San Diego this week. After the conference, Chrysler Group plans to give three prototype systems a shakedown cruise by putting them on the road in a trio of Charger Pursuits. One will serve as a test vehicle for plain-clothed Chrysler engineers; the other two will be put into action on the streets with the LAPD.

Bassier noted that the police-special Uconnect system has many of the same controls found on consumer vehicles, such as climate controls, navigation and even audio. “When we converted to this concept vehicle, we wanted to take as much of the 8.4-inch HMI from the Dodge civilian car as we could,” he said. “You can see the radio interface and climate controls look very much like a civilian vehicle.”

One exception: It can’t be optioned with a Beats by Dre audio system.