Suspect Arrested in Bellfower for Shooting Handgun at LASD Helicopter 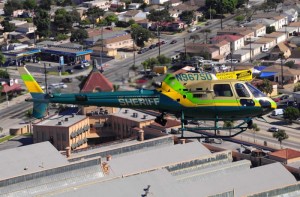 On September 18, 2013, at 1:10 pm, Lakewood Station received a cell phone call from a female. Screaming was heard, and a female was yelling at a male, asking why he was pointing a gun at her. Lakewood Station deputies, along with a LASD Helicopter, responded to the area of Virginia Avenue and Cedar Street, based on cellphone tower information. 911 operators could hear struggling over the phone line and the female begging not to be killed. Unbeknownst to the responding deputies, Suspect Cardenas and the victim were inside of a house in the 17600 block of Virginia Avenue.

Suspect Cardenas is being held at Lakewood Station Jail for numerous felony charges including, Assault with a Firearm on a Peace Officer. His Bail is set at $100,000.00. The victim in this case escaped with minor injuries. No one else was injured.

To receive detailed, up-to-date information directly from the LASD via e-mail, register for “Nixle” alerts at www.Nixle.com and register for “LASD-HQ Newsroom (SHB,) Los Angeles County Sheriff,” and also register for your local LASD Station area. Or text your zip code to 888777 to receive text alerts only. Standard text messaging rates may apply.

You can partner to prevent or report crime by contacting Lakewood Sheriff’s Station at (562) 623-3500 to report suspicious activity. Or if you wish to remain anonymous, call “LA Crime Stoppers” by dialing 800-222-TIPS (8477), or text the letters TIPLA plus your tip to CRIMES (274637,) or by using the website https://lacrimestoppers.org.