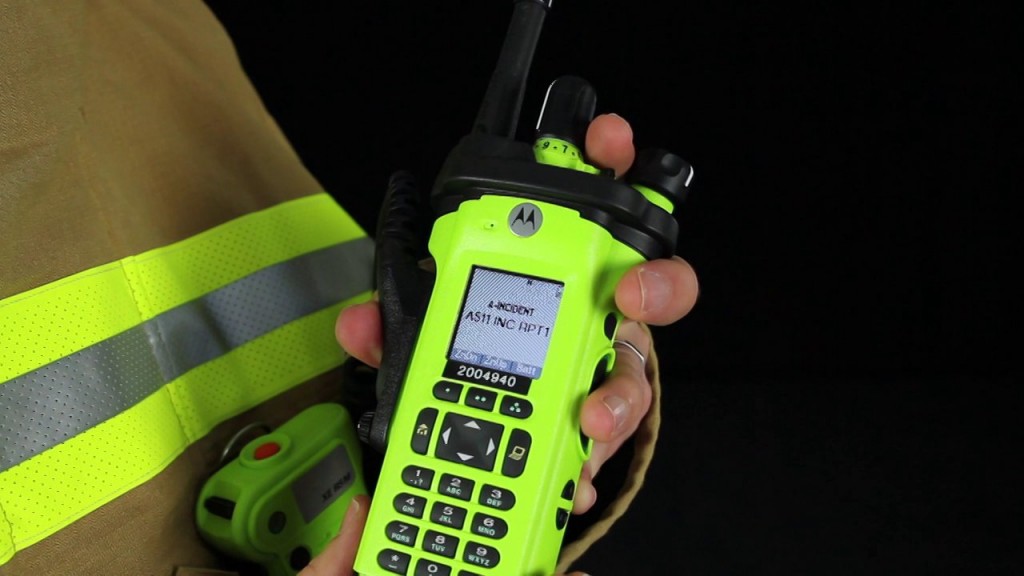 The fire station’s bell, followed by a dispatcher’s message, had Ventura County Fire Department Capt. Barry Parker speeding off with his crew to help a stroke victim in El Rio.

Clipped to their waist belts was the department’s latest special weapon, a high-power portable radio known as the Motorola APX 6000. Each emergency responder throughout the county has been getting the device during the past four months.

The new radios are more compatible with an improved simulcast radio system and give emergency responders a wider range of coverage for communication during brush fires, inside dense structures and when handling daily tasks. The firefighters’ new hand-held radios also have designated channels for direct communication with Ventura County sheriff’s officers, who share the simulcast system.

Parker said the devices have changed the way emergency responders communicate with one another and with other agencies. If necessary, radio-equipped responders could reach front-line firefighters and get valuable information on a fire’s condition, travel directions and access points.

“It just really improves communication and efficiency, and they don’t have to ask what’s going on when they arrive because they already know,” Ventura County Fire Department spokesman Bill Nash said.

The previous radio equipment was about 15 years old. It became obsolete in 2006 when the manufacturer discontinued the device, and finding replacement parts became difficult, said Jim Norris, information technology manager for the Ventura County Fire Department. Radio frequencies were sporadic at times, requiring commanders at the scene to return to their vehicles or raise their arms with radio antennas pointed toward the sky to transmit a clear signal to headquarters.

“It was really hard if you had an engine in Ojai Valley trying to communicate with an engine in Simi Valley. It was almost impossible,” Nash said. “And on a brush fire situation, that’s tough. Now with this system, you hear them like they’re down the block.”

The neon-green devices also make firefighters more visible in the dark or in a burning building. The devices are waterproof and have an emergency button that when pressed lets a dispatcher know which firefighter is in distress. The department’s standard radios could let a dispatcher know only which engine company made the distress call, officials said.

“That’s a major safety issue, because if I have a distress call, I want to make sure that gets out and send a messenger to the incident commander,” Parker said.

The lack of such a high-power radio system has been at least partly blamed for the deaths of many firefighters who apparently did not hear a command to evacuate the north tower at the World Trade Center after the south tower fell on Sept. 11, 2001. Since then, several fire agencies in the state have made similar upgrades to their radio communication devices, Nash said.

An additional $1.7 million was spent on the radios and $250,000 on radio accessories such as smart batteries. Each hand-held radio can hold a charge through three shifts on a normal business day and up to 12 hours of frequent use on a brush assignment.

“We could have bought a lot cheaper radio, but we wouldn’t have been able to get the type of coverage that’s needed in a life-and-death situation,” Norris said.

As with any new gadget, figuring out how best to use it can be harder than buying it. Nearly 500 radios with the upgrade are at a warehouse in Camarillo while technicians sort and program each device with the emergency channels and serial numbers, officials said.

The old radios may be recycled for spare parts or donated to agencies that don’t have a surplus of radios, Nash said. In the coming weeks, the Ventura County Board of Supervisors is expected to decide how the old radios should be used.