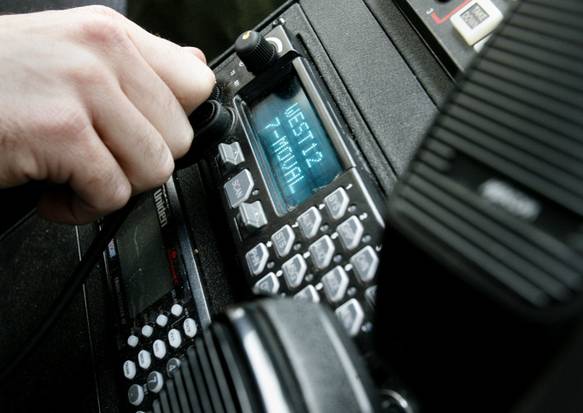 On Sunday, January 5th, Riverside County rolled out its much-anticipated and long-delayed public safety radio system that officials say will stretch the signal’s reach and streamline communication between agencies during major emergencies.

The previous radio system (an EDACS analog system) had been in use since 1992, and it didn’t keep up with the county’s growing population and the Sheriff’s Department’s needs.

Riverside County supervisors approved the new system in 2005, and Motorola was awarded a $148 million contract in 2007. The system was scheduled to go online in 2010, but environmental reviews and negotiations for land pushed that date back to the first three months of 2013. And then, problems with the speed and clarity of transmissions delayed the rollout further, announced as the first quarter of 2014 and made official Sunday, Jan. 5. Along the way, the price tag increased.

The new system is P25 and is encrypted. That means only those with department-issued radios will be able to hear conversations between dispatchers and deputies.  No scanners will be able to decode communications on the system.

The scrambled signal should frustrate criminals with smartphone scanner applications who want to learn whether deputies are on their way.

“It is important for the operational safety of the first responders,” Riverside County sheriff’s Lt. Eric Briddick said in a January 2013 interview about the system.

But the encryption also shuts out residents with police radios who want to know immediately what’s going on in their neighborhoods. Scanner enthusiasts had noted dead air Sunday in social media conversations.

The Sheriff’s Department issued a news release Monday about the switchover. That news release can be found here. Sheriff’s spokesman Deputy Albert Martinez referred questions about the system to the county department handling the radio system. A person there took the questions and said she would try to get answers. Those answers did not come Monday.

Among the questions is whether the county was successful in persuading other public-safety agencies to be part of the new system. That would make it easier for police and firefighters in various jurisdictions to communicate during large-scale emergencies and help defray the cost of the system.

The sheriff’s news release also did not answer whether the system will completely eliminate dead zones — particularly in the desert — that prompted some deputies to use cellphones instead of their car radios to communicate. The county previously had about 20 radio towers for 7,200 square miles. The news release Monday said the new system now has 75.