Obama and Biden to Both Visit LA This Week 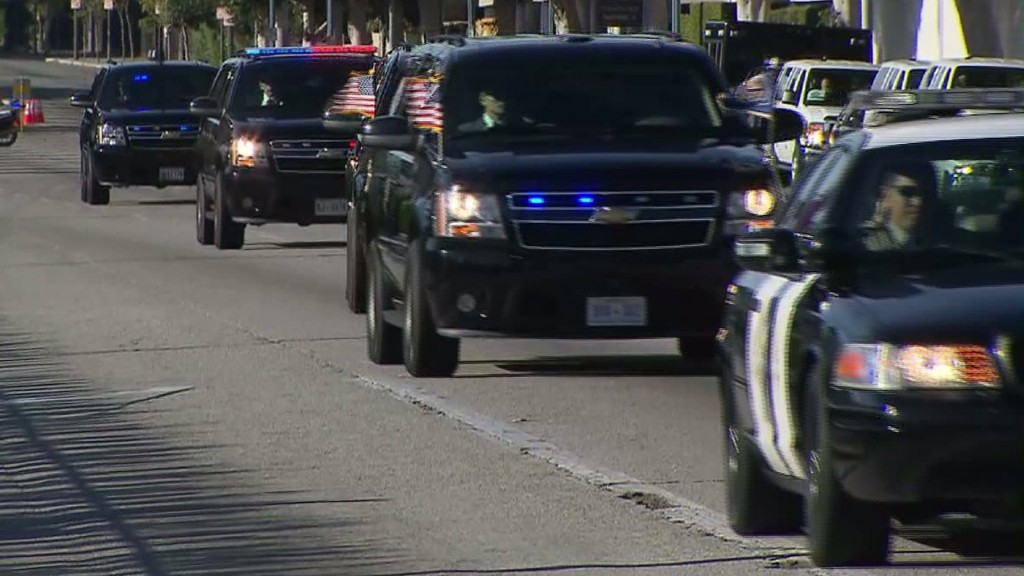 Heads up to everyone who likes to monitor special events. This week we’ll see separate visits from both the President and Vice President giving us opportunities to monitor some tactical frequencies and messing up traffic for those on the West Side.

Vice President Joe Biden will speak at a fundraiser and also take part in a minimum-wage roundtable discussion with Mayor Eric Garcetti during a two-day visit to the Southland that starts Monday afternoon. The $2,500 per person fundraiser for the Democratic Congressional Campaign Committee, which will be held at the home of Fox Filmed Entertainment Chairman/CEO Jim Gianopulos, will also feature a performance by Carole King. House Minority Leader Nancy Pelosi is also expected to attend.

Beverly Hills police announced Sunday afternoon that portions of Santa Monica Boulevard east of the 405 Freeway would be subject to rolling traffic closures between 3 and 5 p.m. Monday as part of a “dignitary motorcade.”

In addition to Los Angeles, Biden will be in Bakersfield later Tuesday for an event with Democratic state Sen. Alex Padilla, who is running for California secretary of state, and congressional candidate Amanda Renteria.

Biden’s visit to the Southland comes three days before President Barack Obama is scheduled to be in Los Angeles for a fundraiser at the home of actress Gwyneth Paltrow on Mandeville Canyon Road in Brentwood. Tickets for the Oct. 9 event will cost up to $32,400, and the evening will include an intimate dinner with Obama fielding questions from supporters, according to an invitation sent by the Democratic National Committee.

The trip will be Obama’s 20th to Los Angeles or Orange counties since taking office in 2009. All but three of his trips have included political fundraisers.

Temporary Flight Restrictions (TFR’s) have been posted on the FAA’s web site for the VP visit Monday October 6 beginning at 3:45 PM and going until Tuesday October 7 at 2:30 PM.

Scanner listeners can catch Biden’s Air Force 2 and Obama’s Air Force 1 on standard LA area aircraft frequencies including LAX North Tower frequency 133.90 MHz (typically they use the 24 runways). Another good place to listen is on the LAX Police TRS and LAFD tactical channels.

The motorcades can typically be monitored on CHP Blue-2 45.4200 MHz (listen for “Guardian” units) and LAPD Bureau Tac and Citywide Tac channels and LASD A-Tac and C-Tac frequencies.

Beverly Hills PD and Fire will also be active as the VP and Pres typically spend the night in a hotel there.

If you come up with any interesting frequencies, pass them along either by leaving a comment to this article or via the club’s email list.