An SCMA member who shall remain anonymous sent in the following photos of the perimeter formed around a Van Nuys neighborhood. Officers received reports of a man with a gun. When they arrived they were greeted with a possible 5150 (Mentally Ill) subject armed with a handgun. His family members were not home at the time and were able to provide LAPD SWAT information as to the subjects state of mind.

Before this incident the subject was on a methamphetamine binge and had been served with a restraining order by his girlfriend. The suspect was allegedly pointing a handgun at children prior to police arriving.

Once officers and SWAT were on scene, “a couple of random shots” were fired by the suspect, but “police did not fire back,” said Sgt. Vincent Aguirre, an LAPD spokesman.

The unidentified man surrendered and walked out around 5:45 p.m., Aguirre said.

Some evacuations were ordered, police said. No injuries have been reported.

Here are some of the pictures, provided by an anonymous SCMA member. 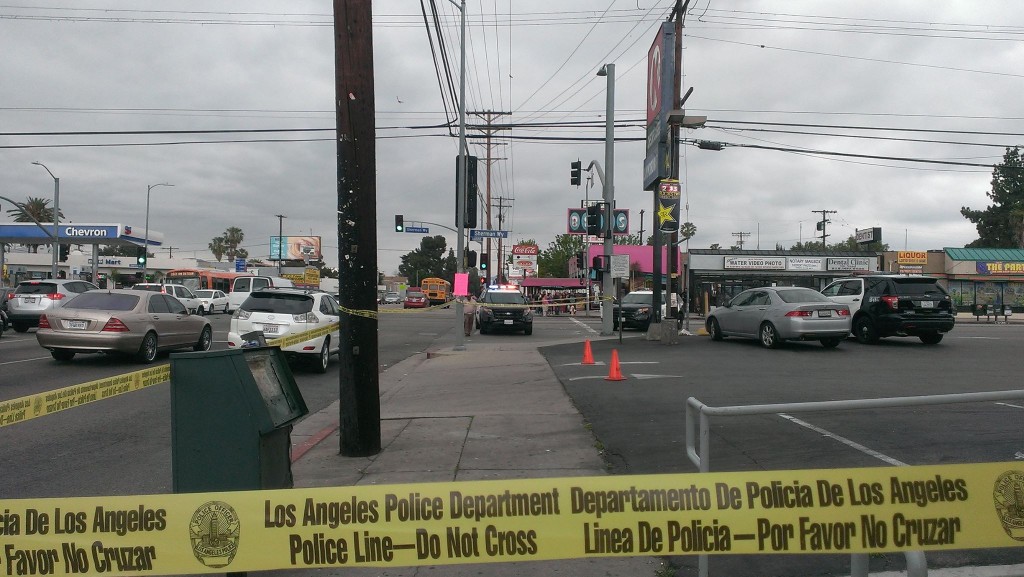 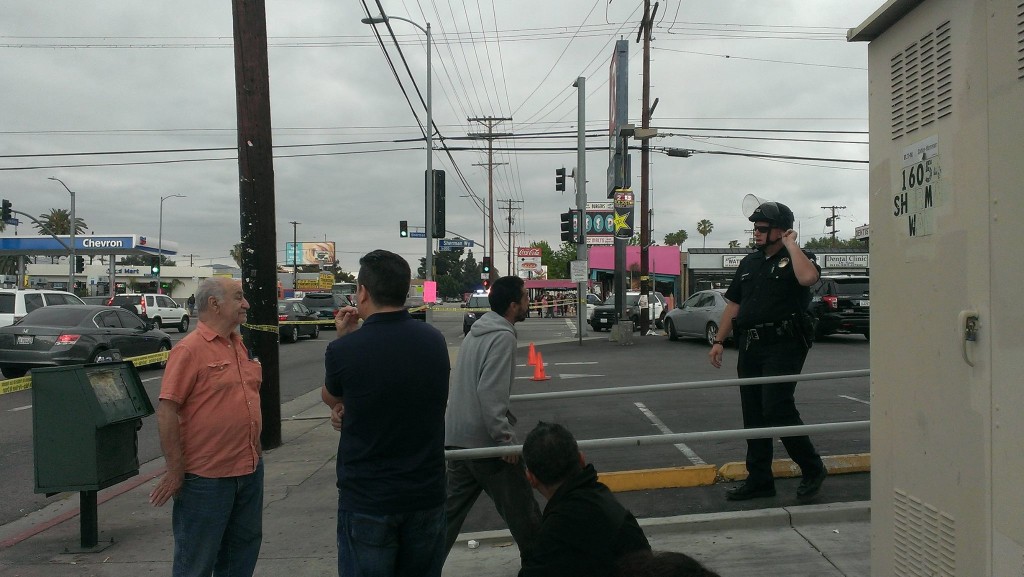 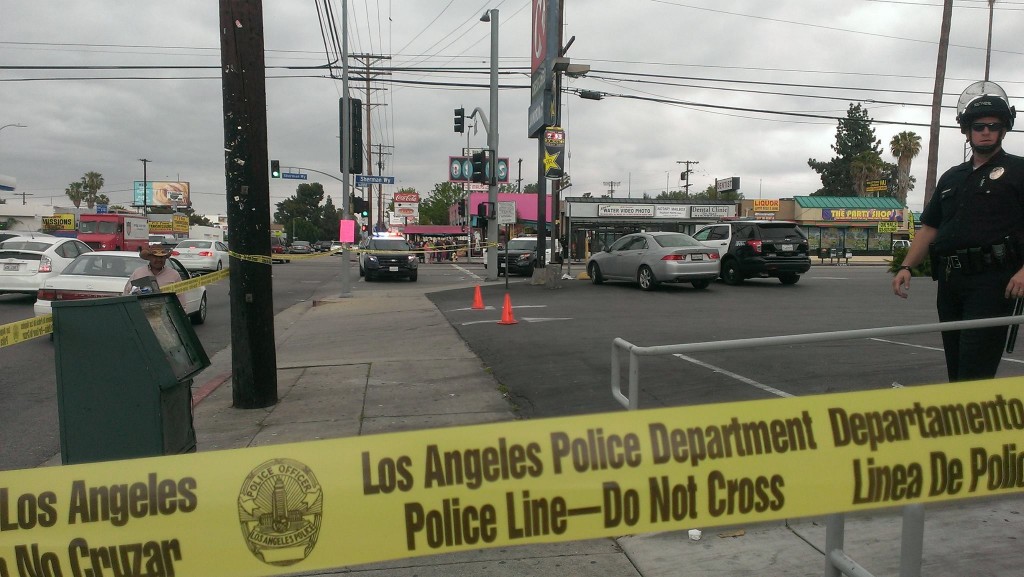 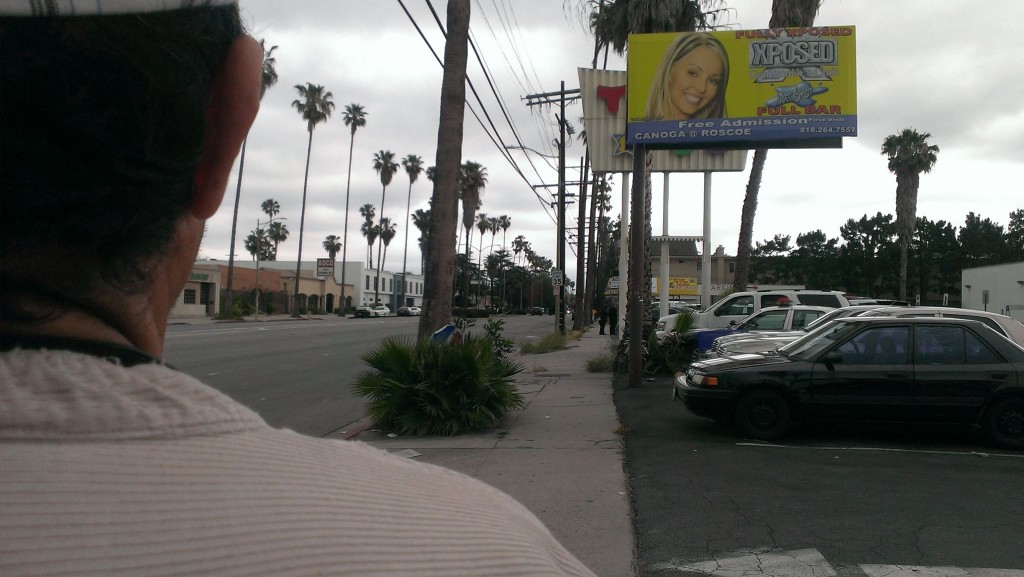