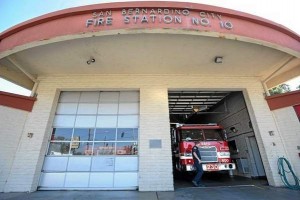 The outsourcing of a 137-year-old Fire Department and a proposed $143-per-year tax on parcel owners is part of the price for keeping this bankrupt city from “catastrophe,” the City Council decided on a 4-3 vote Monday.

The move follows the advice of several sets of consultants — those responsible for a post-bankruptcy plan that included outsourcing and new revenues that the council approved 6-1, and firefighting experts — but came against heavy opposition from residents.

City officials’ advocacy of the plan began by saying the city’s ability to continue in bankruptcy court, while continuing as a city, was dependent on moving forward.

The council’s vote authorizes city staffers to begin negotiating with the county and County Fire District over the terms of the annexation, with another City Council vote coming to approve those.

If the proposal gets to the Local Agency Formation Commission in 60 days, there’s no guarantee it will be approved by July 2016, possibly meaning it couldn’t happen until the next fiscal year began in July 2017, according to Kathleen Rollings-McDonald, executive officer of that county agency.

LAFCO, as the commission is known, will have to study the proposal, hold public meetings and make decisions on it.

A citizen vote is not required, but it could be if enough people formally protest to LAFCO.

As proposed, firefighting responsibility would go to the county fire department, which operates 56 fire stations for unincorporated areas of the county and seven incorporated cities including Fontana, which has a population only 10,000 smaller than San Bernardino’s 213,000.

The county department is based in San Bernardino and would provide fire coverage using county stations on the city’s borders in Muscoy and Devore, said County Fire Chief Mark Hartwig. Ten city fire stations would remain open, meaning that the two that stopped handling cars because of budget and staffing issues — Station 223 on Medical Center Drive and Station 230 on Arrowhead Avenue — would remain closed.

The county would have 41 firefighters on duty at all times, as opposed to 38 at a time that the city now fields.

They had requested proposals from entities interested in providing the city’s fire services by May 20, and got formal proposals from two: The county and a private firm called Centerra.

Citygate Associates recommended against Centerra. Surrounding fire departments said they might not agree to share resources with the private firm in emergencies — agencies typically rely on such mutual aid agreements — and there’s no guarantee charter cities will continue to be allowed to use a private firm, given that California cities operating under general law are already forbidden, said Citygate’s Stewart Gary.

In addition, Centerra doesn’t have experience with a city of San Bernardino’s size, Gary said.

Before the five-hour council meeting was over, Centerra said in an email that it was unfortunate the city hadn’t taken advantage of the savings they offered.

“The company helped the city shape a cost-effective bankruptcy recovery option they previously never had, which would have offered taxpayers a staggering savings of $70 million to more than $90 million over the next 10 years,” the email said. “Instead, the citizens have been left with no voice and the already financially-distraught community will be burdened with a proposed new tax totaling more than $80 million over the next 10 years in order to fund the outsourcing of services to the county fire district.”

But the presentation would violate the state’s open meeting law, because the agenda didn’t alert residents that the proposal would be considered and because the letter didn’t follow the established procedure for proposals, said City Attorney Gary Saenz.

Acting Fire Chief Tom Hannemann said after the meeting that he was disappointed not to be involved in the process and in the result.

The county said it would offer jobs to all sworn firefighters, but no positions would be offered over the rank of captain.

In addition, the county said it would try to provide jobs for non-sworn employees, such as dispatchers, but would not guarantee it.