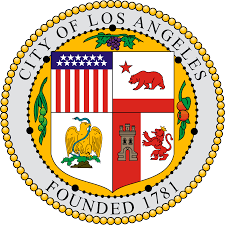 Los Angeles City Council members voted unanimously November 18th to opt out of its membership the the Los Angeles Regional Interoperable Communications System (LA-RICS), citing potential cost advantages by taking the action and plans to deploy a new city-owned land-mobile-radio (LMR) network during the next 13 months.

“It is in the City’s best interest to opt out of LA-RICS, because the City will be able to upgrade its existing system and use existing infrastructure at a lower cost, while still achieving interoperability within the region,” according to a report provided to council members by the city’s Chief Legislative Analyst (CLA) Sharon Tso and City Administrative Officer (CAO) Miguel Santana.

Council members approved the measure by a 12-0 vote. During the meeting, there was no council discussion or verbal description of the measure, which was referenced publicly only as “Item 31.” The matter was discussed on Tuesday by the city council’s public-safety committee, which allowed public comment on the matter.

During the past month, there had been considerable speculation that the city of Los Angeles would opt out of LA-RICS, according to multiple sources. Indeed, the possibility has been discussed for most of this year, but city officials have played key roles in revamping the design of the LA-RICS public-safety LTE network and in getting Congress to pass a law that apparently will give LA-RICS a five-year extension to use federal grant money.

LA-RICS recently completed construction of the first phase of its public-safety LTE system, which was reduced from 232 sites to 77 sites—21 of which are owned by the city of Los Angeles—as part of a redesign approved by the Los Angeles City Council in the spring. LA-RICS also plans to build a P25 network in the region, but design plans for that system have not been finalized, as environmental requirements are not expected to be done until mid-2016, according to the report.

With the council vote, the city of Los Angeles no longer is a member of LA-RICS, although it will remain an LA-RICS affiliate that can subscribe to the network and provide infrastructure assets, like towers. By taking the action before a Nov. 24 deadline established by LA-RICS, the city of Los Angeles will not be financially liable for any additional costs associated with LA-RICS deployments, as well as the potential of having to repay Los Angeles County for funds it provided to LA-RICS during the past two years, according to the city report.

If the city of Los Angeles remained a member of LA-RICS after Nov. 24, the city would have been liable for 29% to 33% of all LA-RICS costs, the city report states.

With the revamped LA-RICS LTE system, the $117 million system funded primarily by a Broadband Technology Opportunity Program (BTOP) grant requires a 17.35% cash match from LA-RICS, according to the city report. If the city of Los Angeles were a member of LA-RICS responsible for 30% of that cash match, it would cost the city about $7 million—a figure that could increase by another $1 million, if the full $154 million BTOP grant is used for LTE.

Meanwhile, the city’s potential financial liability was even greater with the proposed LA-RICS P25 network, particularly if the system is not funded primarily with Urban Areas Security Initiative (UASI) grants, according to the city report. With the LMR deployment currently projected to cost $149 million—the figure could increase after environmental reviews are done—the city of Los Angeles could be responsible for paying up to $45 million.

In contrast, the city of Los Angeles can upgrade its existing LMR network at a projected cost of just $18 million using its existing tower sites, which will allow it to complete the new standalone P25 network before its current LMR systems reach “end of life” and are no longer supported by the city’s vendor, Motorola Solutions, according to the city report.

Interoperability with other LMR systems in the region—the new LA-RICS network and the Interagency Communications Interoperability System (ICIS) serving cities that include Glendale, Burbank and Beverly Hills—would be done via a “system of systems” approach, presumably using ISSI and CSSI links.

“The ‘system of systems’ approach for a voice radio system/LMR system will provide significant cost savings and will allow the City to own, operate, control, and maintain its own system, while still being interoperable with other systems like LA-RICS,” the city report states.

In addition, by not being a member of LA-RICS, the city of Los Angeles could realize additional revenue from city-owned sites being used in the LA-RICS public-safety LTE network, according to the city report.

“On November 12, 2014, the City Council approved a master site access agreement (SAA) between the City and the [LA-RICS] Authority (C.F. 12-0590-S3),” the city report states. “The SAA allows LA-RICS to access, construct, integrate and maintain a Public Safety Broadband Network (PSBN) at City sites for a term not to exceed 15 years.

“The SAA does not contemplate the Authority providing compensation to the City for access and use of the property; however, the SAA does allow the City to renegotiate the terms and conditions of the SAA after five years in the event the City chooses not to participate in the LTE system. The SAA also includes a provision wherein if the Authority offers more favorable terms to another jurisdiction, the Authority will notify the City and provide the City with the option to amend the SAA to include more favorable terms.”

One key piece of information not known at this time is how much LA-RICS will charge public-safety agencies from non-member cities to utilize the new LTE network. Those subscriber rates are expected to be established before the LTE system becomes fully operational in January, according to the city report.

From a post on Radio Reference from the Los Angeles Database Administrator, LAflyer:

Per memo from LA City Chief City Administrative Officer, the city seeks to instead pursue its own technology updates and believes it can do so for less than what LA-RICS would have cost.

LA City says it strongly believes in regional interoperability, but likewise sees the benefit of owning and managing system which would be tailored for the needs of LAFD & LAPD and LA City geographic boundaries and not be encumbered with a JPA process and a larger countywide system which may have divergent user needs.