From a IWCE Urgent Communications article:

LAS VEGAS – Public-safety agencies with LMR networks operating on T-Band spectrum (470-512 MHz) should not be “overly concerned” about relocating their systems, even though current law requires them to vacate the airwaves in about seven years, according to Charles Dowd, former deputy chief for the New York City police department (NYPD). 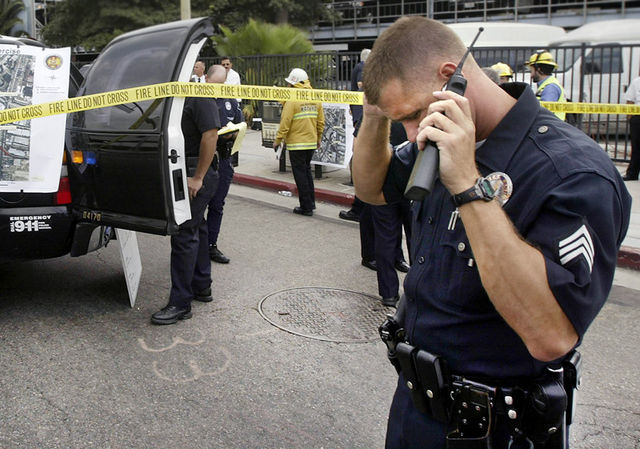 During an IWCE 2016 workshop yesterday entitled “The Evolution of FirstNet,” Dowd said he does not believe federal lawmakers will force public-safety entities that are using T-Band spectrum to vacate the frequencies without a viable alternative.

“I don’t believe there is going to be any appetite for politicians on [Capitol Hill] to try to take back that spectrum,” Dowd said. “Quite frankly, if you read the legislation, … there are clauses that say, if they expect us to move off of T-Band, the federal government has to fund, and they have find appropriate spectrum for us to go to.

“It doesn’t make a lot of sense, and it’s a few years out. Hopefully, voice capability on a mission-critical level continues to develop. So, I don’t see it as anything that public safety needs to be overly concerned about.”

A mandate that public-safety agencies vacate the T-Band airwaves after the FCC auctions the airwaves by 2021 was included in the 2012 law that reallocated the 700 MHz D Block spectrum to public safety and created FirstNet as the entity charged with deploying a nationwide public-safety broadband network (NPSBN). Dowd recalled the circumstances on the February 2012 day when Congress passed the legislation, when he served as a deputy chief for NYPD, which has a very large T-Band radio system.

“That was an interesting morning,” Dowd said. “The night before, we got the call that we were good to go on the legislation and that [allocating the D Block to public safety] was going to be in the bill.

“There was some last-minute wrangling obviously around a number of issues, and one of them was the T-Band. Apparently, somebody thought that I said it was OK that we give back the T-Band. Yes, I was a chief in the police department. But when it comes to giving up public-safety spectrum, I think the mayor’s office was probably going to chime in on that one.”

News of the T-Band wrinkle resulted in a flurry of phone calls and meetings among New York City officials that day, and the resulting consensus was positive, Dowd said.

“Everybody kind of relaxed and understood that, overall, what happened was a huge positive for public safety nationwide,” he said. “So the excitement of passing the legislation was a little bit tempered in some of the major cities that were using T-Band. But again, it’s not an issue that—I think in the long run—is going to be a problem.”

One result of the T-Band mandate was that the FCC subsequently decided that T-Band agencies would not be subject to the agency’s 2013 narrowbanding requirement for public-safety radio systems operating on VHF and UHF spectrum, because they might have to relocate within a decade.

NYPD had not started to narrowband its massive LMR system when the legislation was passed, even though the FCC’s narrowbanding deadline was just 10 months away. The FCC’s ruling for public-safety T-Band system meant that a potential showdown between the FCC and NYPD over the narrowbanding issue never materialized.

“It’s amazing how you can conveniently forget certain things,” Dowd said jokingly when reminded of the NYPD’s narrowbanding situation at the time.

“By that December, I was going to have to explain why we hadn’t narrowbanded. But the reason we hadn’t was because it was going to cost the city of New York $300 million to narrowband the NYPD’s radio system. Quite frankly, we didn’t see it as something that was going to be necessary in the long run—kind of a waste of funds.”