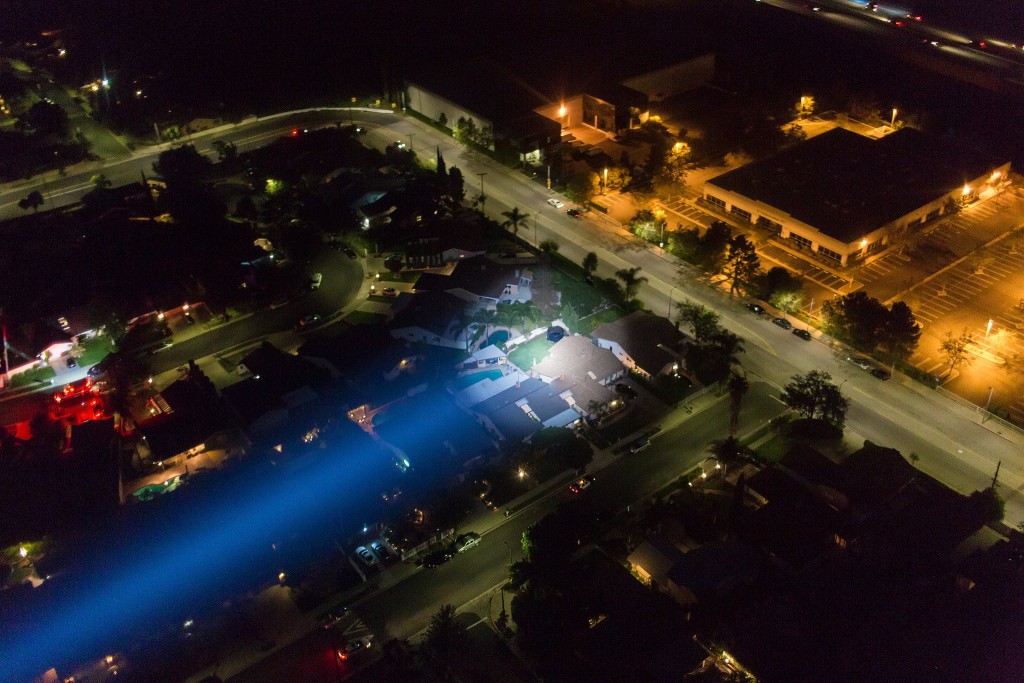 The air-support division of the Los Angeles Police Department operates out of a labyrinthine building on Ramirez Street in the city’s downtown, near the Los Angeles River. A looming mass of utilitarian architecture tucked beside the 101 Freeway, the complex appears to have no real public face; here the view from the street matters little. Instead, like much of the city around it, the air-support division makes more sense when seen from above.

On the first of several flights I would take with the division over the course of the last three years, our helicopter lifted off into the haze of a July afternoon. The true bulk of the structure below us finally revealed itself. The building’s landing deck alone seemed nearly the size of an aircraft carrier’s, and from this new, elevated perspective, the headquarters indeed resembled a landlocked warship in the heart of the city; a half-dozen other helicopters were waiting there on the tarmac. The division began with a single helicopter in 1956, and it now has 19 in all, augmented by a King Air fixed-wing plane. The aircrews operate in a state of constant readiness, with at least two helicopters in flight at any given time for 21 hours of every day. A ground crew is suited up and on call for the remaining three, between 5 a.m. and 8 a.m. On weekends, considered peak hours, the number of airborne helicopters goes up to three, although in a crisis the division might send as many as four or five “ships” up at once.

The police had allowed me to fly with them so that I could see the world from their perspective. Through its aerial patrols, the division has uniquely unfettered access to a fundamentally different experience of Los Angeles, one in which the city must constantly be reinterpreted from above, in real time, with the intention of locating, tracking and interrupting criminal activity. This also means that the police are not only thinking about Los Angeles as it currently exists. Their job is to anticipate things that have yet to occur — not just where criminals are, but where and when they might arrive next. They patrol time as well as space. In this sense, although it has been in continual operation for the past 60 years, the division has much to tell us about policing the cities of the future.

Soon after we were airborne, a call came in for helicopter support, and we diverted north, flying nearly to the mountains that separate Los Angeles from the deserts beyond. A woman had reportedly barricaded herself inside a house with a loaded 9-millimeter handgun. Why she had done this was not at all clear — and it would remain unexplained to us — but the police needed to set up a perimeter. They needed someone looking down from above….

For the rest of the article, please see the New York Times article.