LAPD Considers Trading in Crown Vics for Some $100K Teslas 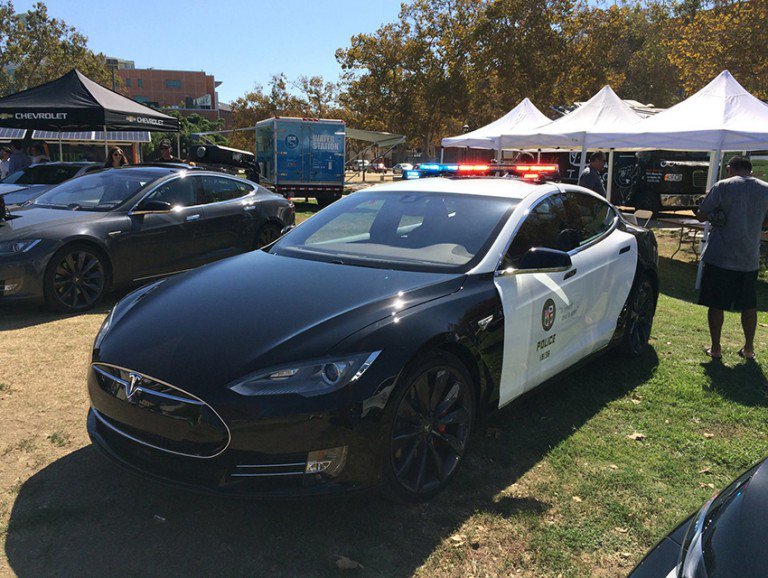 We may get the hippest, cleanest fleet in the country

The Los Angeles Police Department is looking to potentially upgrade their fleet of vehicles with none other than Tesla’s all-electric luxury Model S.

The Model S may be eco-efficient, but at $100,000, it’s not much of a thrifty buy. The LAPD’s annual $30 million vehicle budget allows up to 750 new vehicles a year, and the Model S would eat up a big chunk of that. The department is currently known for their thrifty, clunky Crown Victorias, though it’s been swapping in Ford Interceptor SUVs—outfitted with special features that make it more crash-resistant—as well as sleek Dodge Chargers, and even a Lamborghini.

Don’t expect an all-Tesla fleet soon; the department is treading lightly, testing two loaner Model S models for not only transportation uses but high-speed chases. The current price is a consideration, but LAPD brass believes Tesla costs will eventually drop and electrical charging stations will become more ubiquitous. “While that’s occurring we’ll be in the space learning and contributing to the process,” LAPD Police Administrator Vartan Yegiyan told CNBC.

The department’s faith in clean vehicles extends to its testing of the all-electric BMW i3—which run about $43,000—and its purchase of nearly three dozen electric scooters and motorcycles.

A statement from Ford—the current leader in the police market, with a 61 percent share—revealed a little anxiety over large police departments embracing younger companies like Tesla: “We are a leader in law enforcement, and we intend to remain the leader.”