When cell coverage goes down, it’s all ham radios and sirens to the rescue. 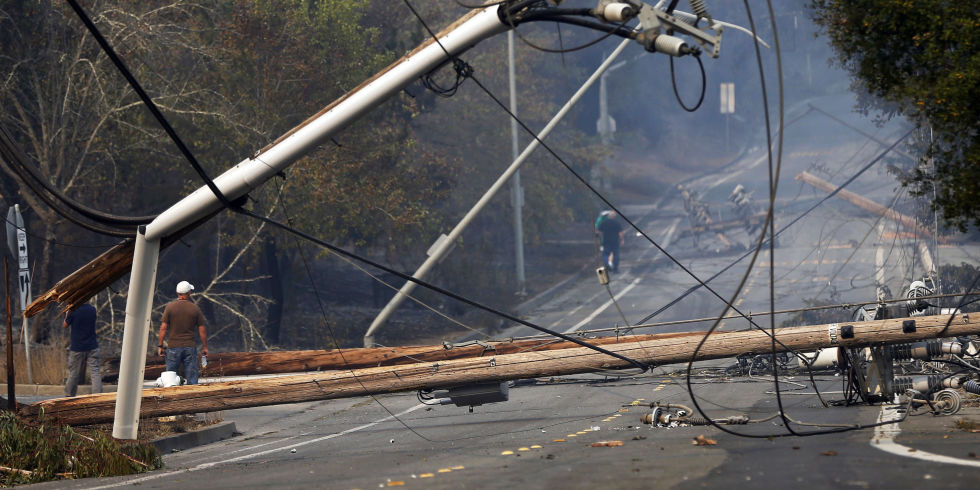 Failures of modern technology can cost “all connectivity to the world,” Mendocino County Sheriff Tom Allman said at a news conference. When lives are at stake, “we need to notify people immediately that this is a real disaster, we need to get out of here.”

Nine of the 43 people who died in the devastating Northern California wildfires that began Oct. 8 were in Mendocino County, in an area called Redwood Valley, although other valleys and areas also burned in the county at the same time.

The Los Angeles Times, citing interviews and a review of dispatch calls, reported Monday that the county appears to have waited more than an hour after fire was first reported in Redwood Valley to order evacuations there. The report said numerous residents called 911 to report that they were trapped.

Allman did not specifically address the report Thursday or whether the communications failures slowed evacuation efforts.

However, he described the hectic first hours of the wildfires, when dispatchers fielded countless emergency calls and law enforcement officers struggled to grasp the scale of fires surging around the area, as dry gusts drove embers and flames for miles.

“They’ve never taken this many calls before,” Allman said of local dispatchers. It was “the largest fire situation … in California history,” he said referring to the fires that encompassed several counties.

At the request of authorities, the area’s utility, Pacific Gas & Electric, cut power in the first hours of the fires, out of concern that sparks would ignite still more blazes, Allman said.

Cell phones and internet service failed for many and CalFire lost “a good portion of its phone lines” in Mendocino County, the sheriff said.

Instead, emergency workers drove through neighborhoods ordering residents out over bullhorns and knocking on doors.

Ham radio operators, meanwhile, volunteered for work in the disaster, helping to coordinate the transportation of victims to hospitals, he said.

Allman pledged to streamline the chain of command for ordering automated cell-phone alerts, or reverse-911 calls, to make it easier for individual law officers to order them.

The sheriff also urged authorities to reconsider civil-defense sirens, staples of the World War II-era that have fallen into disuse in recent decades. Many areas have taken down the sirens because of complaints from residents about the noise associated with testing the devices.

At a minimum, “I hope Mendocino County can take a step back and reposition air raid sirens,” Allman said.