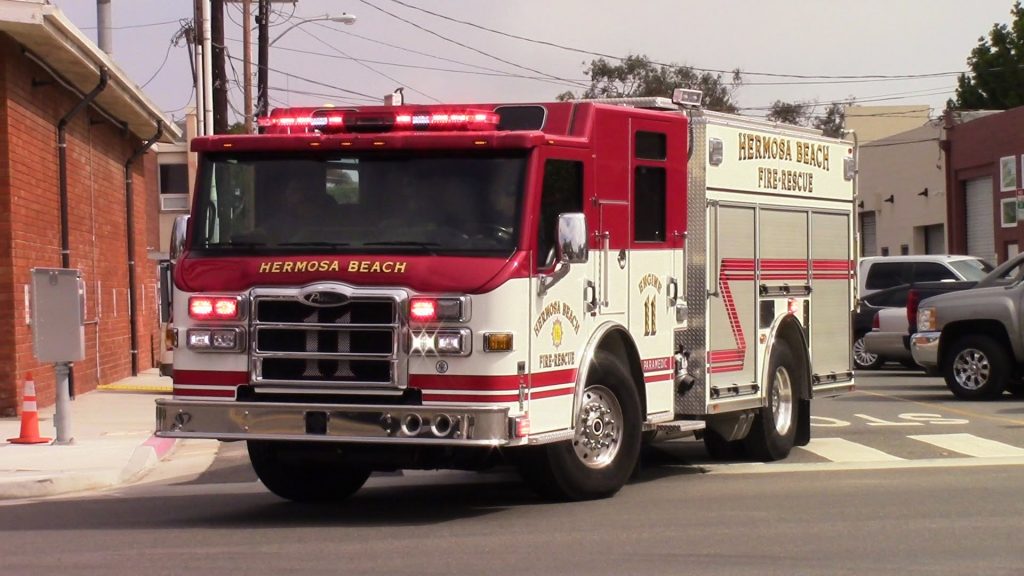 Hermosa Beach will be the 59th city which is contracting with the county fire department for firefighting protection and paramedic level emergency medical protection.

Squad 100 will be a paramedic rescue squad truck with 2 firefighter paramedics. This truck is similar to the one which was featured in the television drama, “Emergency!”. Squad 100 will not have pumps, hoses, or ladders for fighting fires.

The website for the Hermosa Beach Fire Department has several documents including an unsigned copy of the merger agreement and a feasibility study by the county fire department regarding the proposed merger.

Los Angeles County Fire Department ocean lifeguards have already been protecting Hermosa Beach’s coast for many years. At least a few of those lifeguards are on duty 24 hours a day, every day of the year.