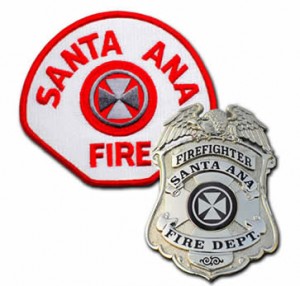 The proposed contract now goes back to the Santa Ana City Council for final review on February 6th. If approved it would save Santa Ana about $10 million annually, and could take effect as early as April 2012.

The Santa Ana stations would be absorbed as Battalion 9, apparently in Division 6. Stations 1-6 will become 71-76, and stations 7-10 will become 67-70, respectively.

Sworn firefighters would bring with them their Santa Ana seniority dates and be considered as having passed their probation with OCFA on the date of transition (as long as they’ve already passed probation at Santa Ana). The senior-most 144 of them will have a few more seniority perks than those below them.

15 non-sworn SAFD personnel, including six dispatchers, will be offered employment with OCFA, but they will be considered new hires with no seniority and have to serve a new probation period.

OCFA seems to be growing at a pretty good clip having added 4 cities in the last few years. After Santa Ana enters, OCFA will cover 23 of the counties 34 cities.

OCFA also has bids out with Brea, Fountain Valley and Costa Mesa, and that absorbing Santa Ana could make OCFA’s proposals for two of them even more compelling as they share borders with Santa Ana and would further benefiting from improved resource access and utilization in the immediate region which could likely reduced their contracting cost.