Riverside County to Roll Out New Radio System in 2012 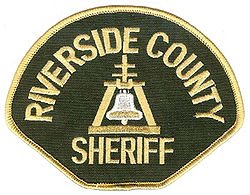 Riverside County officials say they will roll out a $148 million radio system by year’s end that will greatly improve communications for sheriff’s deputies, and to a lesser extent for firefighters.

“This is a great leap forward for the county,” Supervisor Bob Buster said Tuesday, during a progress report to the Board of Supervisors. “And I hope it matches its promise.”

Undersheriff Colleen Walker said the increased ability to communicate should improve safety for deputies and the public.

Still, Crawford said the county expects to bring the system online in December.

“We were supposed to be online in October of 2010,” she said in a telephone interview Wednesday.

“There have been a lot of delays. But to me, we can actually see light at the end of the tunnel,” she said. “As far as I’m concerned, it better happen (in December). There better not be any more delays.”

Through the project, the county is more than tripling the number of its communication-tower sites from 23 to 76, Crawford said.

According to a written report, the county is moving to an advanced network of multiple frequencies that will reach dead spots that now frustrate sheriff’s deputies and won’t fail because of interference from cellphone communication sites.

“Hopefully, now every time we click that button to talk or to listen or to call for help, it will work,” Walker said.

She said the goal is to enable deputies in the field to communicate by portable radio with the sheriff’s dispatch center from 95 percent of the county’s territory.

“Right now we have way, way less than that,” Walker said. “We probably don’t even have 60 percent coverage. It’s absolutely awful. The radio is their lifeline. We encounter things on a moment’s notice and we need to radio for help.”

In addition, patrol vehicles and portable radios will be equipped with GPS devices that pinpoint officers’ location, she said.

Crawford said the county plans to install equipment in 1,514 sheriff’s vehicles between March and October.

Walker said the upgrades should leave little room for the repeat of a frustrating aspect of an August 2008 incident, in which investigator Rick Espinoza was shot in the face near Desert Hot Springs.

“He got shot and nobody knew where he was,” she said.

The Sheriff’s Department patrols unincorporated areas and, by contract, 17 of Riverside County’s 27 cities. Among them are Canyon Lake, Lake Elsinore, Menifee, Temecula and Wildomar.

Officer safety aside, Walker said, the increased ability to communicate should aid searches for lost hikers in the mountains, where radio coverage is spotty.

Besides boosting voice communication, the system will enable deputies to send in written reports, photos and videos from the field, Walker said.

An officer will be able to take a thumbprint and quickly determine a person’s identity, she said.

Arbo said every fire engine has a computer on board that transmits its location and other information. But in some areas, such as the unincorporated communities of Anza and Sage east of Temecula, transmissions aren’t picked up.

With the improvements, Arbo said, the county’s dispatch center will be able to assign engines to calls more efficiently.

He said the center dispatches the closest engine when a call comes in. If an engine is somewhere it can’t be tracked, he said, that’s problematic; the center assumes it is at its last known location.

“They could be miles from there,” he said.

The system was to debut in October 2010, but interference from Sprint Nextel communication sites forced the county to redesign its network, according to the report. That triggered a 12-month delay.

The county also blames roadblocks encountered with landowners and federal agencies whose properties were being sought for that delay.

For example, residents resisted efforts to locate a tower in El Cariso Village in the mountains above Lake Elsinore. “We had to pull back,” Walker said. “They didn’t want it.”

Now the county is preparing to lease a site in Orange County near the Ortega Highway, or Highway 74, she said.

Delays, and the need for more towers than first thought, have driven up the cost by millions of dollars, the report said.

“Fortunately, it’s on Motorola’s dime, because we haven’t accepted the project,” Walker said. “But it still has caused delays.”

Motorola is building the system for the county.