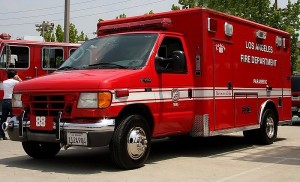 The time it takes 911 operators to dispatch L.A. city firefighters to emergencies has been getting substantially slower and has fallen below the national standard, it was reported today.

A Los Angeles Times analysis of more than 1 million dispatches from the department’s database found that the Fire Department falls far short of the standard that rescue units be alerted within one minute on 90 percent of 911 calls, the newspaper reported.

Moreover, average call processing time has increased, notably for medical calls, which account for the majority of responses, according to The Times. Five years ago, firefighters were dispatched to medical calls within a minute 38 percent of time, the Times analysis found. By 2011, that number dropped to only 15 percent.

The Times also found that in the more than 250,000 medical dispatches last year, the department took 75 percent longer, on average, than the national standard.

City Hall leaders were stunned in March when the department admitted that for years it published statistics showing crews arrived at medical emergencies more quickly than they actually did. Revised department figures showed slower response times, well short of national standards and the department’s stated goals.

But even those numbers were challenged this week by an expert brought in by Mayor Antonio Villaraigosa, who warned that the corrected figures were unreliable. Those issues related only to how many minutes and seconds it takes rescuers to arrive on a scene after they receive an alarm from the dispatch center.

But The Times analysis published today found another significant shortcoming in what experts say is an equally important performance indicator: The time it takes dispatchers to send firefighters to emergencies.

Fire Department officials did not respond to questions about its call handling times.

City Controller Wendy Greuel planned to release later this morning the findings of her audit of the Fire Department’s incident response times.