Obama Back in L.A. on Wednesday June 6 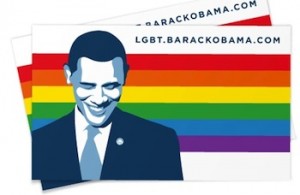 Brace yourselves for another potential Obamajam. We’ve learned that President Barack Obama will be in Los Angeles on Wednesday June 6 to attend the LGBT (Lesbian, Gay, Bisexual, Transgender) Leadership Council’s 2012 Gala.

The event, slated to take place from 4:30 to 9:30 p.m. at the Regent Beverly Wilshire Hotel, is also a fundraiser for the incumbent Democratic presidential candidate.

Wednesday’s event, which includes a performance by P!nk, is open to donors at $1250 a plate, or $2500 for preferred seating.

Naturally, travel and traffic details are not available just yet, but we’ll keep you posted. But it seems like we can expect the President to fly into LAX Wednesday afternoon after a fundraising event in San Francisco. He will probably travel by helicopter to the VA per usual, then drive by motorcade to the venue in Beverly Hills. If that’s where you need to be Wednesday afternoon or evening, maybe you want to rearrange your plans.

The POTUS will overnight in L.A. and fly out on Air Force One Thursday morning for an economic event in Las Vegas before returning to Washington, D.C.

Obama founded the LGBT Leadership Council in August of 2007 during his 2008 campaign. Members are invited to special events and are kept apprised of news that affects the LGBT community via a dedicated section of the Obama site.

This election won’t just be a turning point for the LGBT community—it will determine our country’s values for generations to come. It’s up to all of us to make sure our friends, family, and community know how crucial it is that we defend the progress we’ve made. Together, we can make sure that America continues to be “a country that says, ‘out of many, we are one.’”

Certainly, Obama has solidified some votes from the LGBT community, and their supporters, after his recent declaration of favoring legalizing same-sex marriages.