Military Jets To Fly Over Los Angeles This Weekend 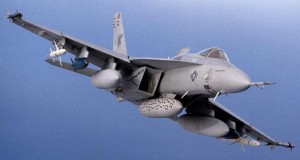 This weekend, military jets will be testing the skies over Los Angeles to determine whether it will be safe to fly the space shuttle Endeavor low over the city.

When the space shuttle returns on top of the 747 jumbo jet carrier on Sept. 20, NASA  knows Angelenos will want to see it. So NASA is test flying a couple of jets Saturday in a circular fly over of Los Angeles, KNX 1070′s John Brooks reports.

“We are going to have two NASA jets, two high-performance jets, flying over the Los Angeles area on Saturday morning,” said Michael Curie of NASA at the Johnson Space Center. “One is a T-38, the other one is F-18.”

The jets will be flying the same possible route and altitude that the 747 and shuttle combo will fly prior to landing at Los Angeles International Airport.

“The shuttle carrier aircraft, which is a big 747 jet with a shuttle on top, would fly at about the same altitude as what the jets are this weekend, only fifteen hundred feet above ground level,” Curie said.

After the shuttle lands at LAX, it will be put on a rolling carrier for a two-day trek, starting Oct. 12, through the streets of Los Angeles to its new, permanent home at the California Science Center in Exposition Park.