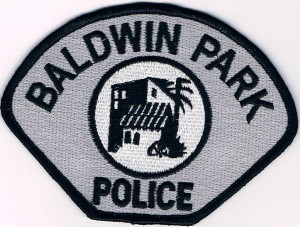 The city of Baldwin Park inched closer Wednesday to disbanding its police department and contracting with the Los Angeles County Sheriff’s Department, after a fiery debate and a narrow vote by the City Council.

A preliminary study released Wednesday revealed that a contract with the Sheriff’s Department could result in an annual savings of more than $4.5 million and a 40 percent increase in sworn officers who would work out of the city’s current police department facility.

Based on that preliminary study, conducted by the Sheriff’s Department with the city, the city council voted 3-2 to proceed with a second, more comprehensive evaluation of the potential change. That evaluation comes with a $90,000 price tag.

Mayor Manuel Lozano and councilmembers Monica Garcia and Marlen Garcia determined the cost was worth it, backing the 3-2 decision.

“For one, it’s important primarily because of the fact that we’re looking at the economy long term. I’m not willing to place the city of Baldwin Park in a position where it could potentially look like the city of San Bernardino,” Lozano said. “That’s unacceptable.”

Council members Susan Rubio and Ricardo Pacheco voted against the move. They questioned the potential savings that staff presented in the initial study.

“Give us time to look it over and really see if this is the best fit for the city,” Rubio said. “At the end of the day are we really saving? I would like to take it back, analyze it and really look at the numbers once again.”

Baldwin Park is projecting a $1 million deficit in its $23.5 million general fund budget for the current fiscal year.

City officials have said they’re concerned about long-term challenges posed by pension and retiree medical benefits that could bankrupt the city if nothing is done.

According to Baldwin Park administrators, the city spends $19.5 million on its police department. A contract with the Sheriff’s Department contract would come at an estimated $14.8 million price, after making adjustments for a loss of police revenues, such as grants and jail fees, and ongoing costs such as pension obligations, according to city officials.

But Pacheco said the numbers weren’t an accurate representation of the police department’s financial burden on the city.

He says the Sheriff’s contract savings is much less because the initial report doesn’t account for revenues the police department brings for items such as tickets and towing fees. The police budget also includes non-departmental expenditures such as animal control and crossing guards, Pacheco said.

“The (staff) report to me has misinformation that needs to be better corrected so that we have a fair playing field,” he said.

Visibly frustrated, councilmembers repeatedly spoke over each other as they debated the numbers at Wednesday’s council meeting.

Lozano and Marlen Garcia accused Pacheco and Rubio of basing their decision-making on campaign contributions from the police department.

“I am not against the Sheriff’s,” Pacheco responded. “This is a matter of just comparing which is the better cost.”

Several community members approached the City Council with concerns that the Sheriff’s Department would not be as involved or vested in the community.

“I don’t have anything against the Sheriff’s Department, they’re a great police department also, but we want our local police here,” said Miguel Huezo, who has lived in Baldwin Park for 16 years.

“This is just the tip of the iceberg,” she said. “People will come here and we’re going to keep at it and I’ve told you before, we’re not giving up.”

Police later escorted Sembello out of the meeting after she stood up to fire back at allegations from Mayor Lozano that she was spreading misinformation. The heated exchange occurred after public comment.

Ultimately, the council majority pushed forward with the second phase of the study, which will be conducted by the Sheriff’s Department. Among other things, it will look at the qualifications of Baldwin Park’s police employees and determine whether they would be able to transfer to the Sheriff’s department.

“There’s no guarantees, but if you look at our past practice, we’ve been fair and equitable in that,” said Lt. Rick Mouwen, who is assigned to the department’s contract and enforcement bureau.

The analysis will take up to six months and will also provide more in-depth information on start-up costs and a review of equipment and Baldwin Park’s police facility, according to a staff report. The $90,000 cost has in the past been waived when the study results in a contract; however, there are no guarantees, Mouwen said.

With a new agreement with the Sheriff’s Department, the city could avoid police union and labor negotiations and personnel issues, Mouwen said.

Cities that contract with the department pay, on average, a 3.5 percent annual cost increase, he said.