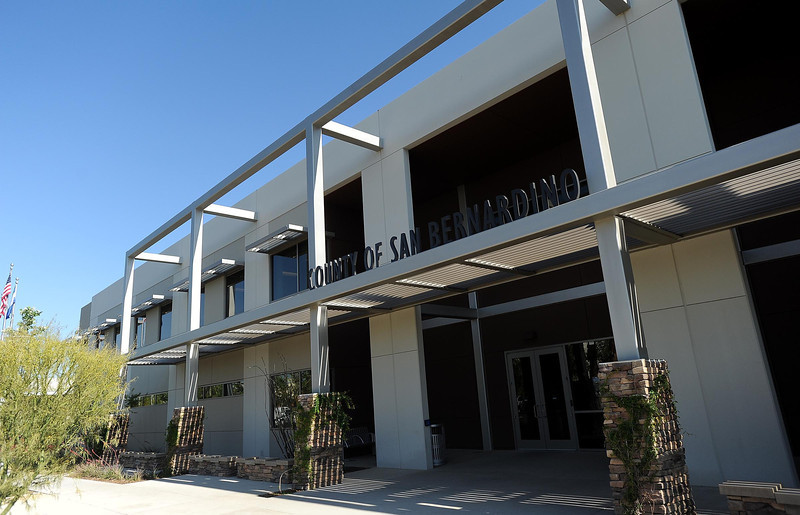 Law enforcement and public officials from across San Bernardino County gathered Friday morning in Hesperia for a dedication ceremony and tour of the new High Desert Public Safety Operations Center.

For the first time, dispatch services for both the Sheriff’s Department and county Fire Department will be centralized under one roof and will house an emergency operations center to coordinate police and fire service countywide in the event of a major disaster.

“This is the closest thing to being ready for combat,” said Rep. Paul Cook, R-Yucca Valley, during the dedication ceremony. “This is the most important thing we can do for our citizens. ”

The 30,000-square-foot facility, housed on the second floor of the Jerry Lewis High Desert Government Center, features a 175-foot communications tower with 40-foot footings that allow it to withstand 120 mph winds.

“This is an exciting day for public safety in the High Desert,” Sheriff John McMahon said. He said the exterior communications tower is equipped to keep the center operational even in the event of a repeater failure on the mountain. “We’ll still have that critical communication between our dispatchers and our deputy sheriffs out on the street. ”

McMahon also touched on the significance of the partnership between the sheriff’s and fire departments.

“This is the first step toward a regionalized dispatch approach not only in the desert but we’ll start looking at one in the valley as well,” said McMahon.

The center enables the High Desert to be self-sufficient in terms of public safety response during a catastrophe, but also has the capability of collaborating with agencies countywide during an emergency. 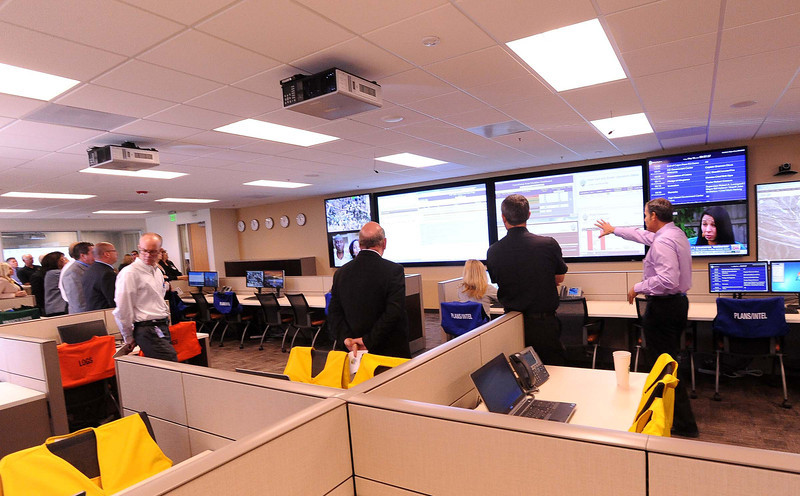 The Board of Supervisors approved the project in December 2011. Initially projected at a cost of $38 million, county CEO Greg Devereaux suggested the center be housed in the newly built High Desert Government Center, which cut the project cost by more than half and enabled construction to be completed within 18 months, county spokesman David Wert said.

Former county Supervisor Brad Mitzelfelt was also acknowledged for his push to get the center funded and built.

The center will be staffed with 16 employees per shift, who will transfer from the current dispatch center in Victorville when the new center goes online after Memorial Day.