LAPD Wants to Go on a Building Spree 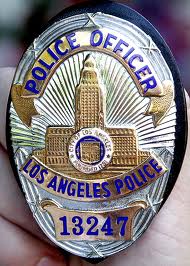 A decades-old plan to renovate some and add other Los Angeles Police Department patrol stations is moving along, and according to a new report, officials will soon be taking a look at a new phase of building in the San Fernando Valley.

Thomas Brennan, commander of the LAPD’s Facilities Management Division, said the last projects funded with the agency’s portion of a 2002 voter-approved $600 million bond are well underway, and the department is ready to take the next steps in its 20-year master facilities plan, developed in the late 1990s.

Among the proposals for the region are an additional jail in the West Valley and a new West Valley Traffic Division. Currently, just one station house is responsible for patrolling all the roads in the Valley.

Also on the table is a much discussed plan to split in two the LAPD’s Valley Bureau, which currently covers the entire region, with stations many miles apart.

According to Brennan, the department has long sought to divide the geography into West and East Valley bureaus, with added command staff and an additional jail. As of now, the Van Nuys jail serves the entire area and all of its nine patrol stations.

“It has long been on the department’s horizon to add to the West Valley,” Brennan said in an interview. “The Topanga station, when it was built, it was done so that it could be added to. It has a large parking area that was planned for when we get funding — if we got funding — to be the space to add a 60-bed jail, a West Valley Traffic station and offices for a West Valley Bureau office.”

LAPD embarked on a major facilities overhaul in the 1990s that aimed to replace or upgrade cramped, decaying patrol stations and add divisions in areas where population growth had outpaced policing capabilities.

It secured $187 million in funding in 1997 through Proposition 2 and shared the proceeds of the $600 million bond funded in 2002 with the fire department.

Brennan last week told the Police Commission the department has been efficient with that funding, saving $85 million in projected costs, enabling it to begin other planned renovations.

“The cost savings came from two primary places,” he said. “First, we build in a 10 percent contingency funding for overruns, and almost all of the construction has come in well under that, giving us a savings of up to 7 percent per project. Second, as the bond sales were done to fund the projects, some of that money was invested, and we earned interest.”

With the millions in savings, four planned projects will break ground within the next year: upgrades to aging L.A. Police Academy buildings in Elysian Park; a renovation of the empty Rampart Station that will be the new home of the Metropolitan Division; upgrades to two locations in South Bureau; and the new Northeast Station, which serves a large stretch of the city, from the Glendale border to East Hollywood along the L.A. River.

Beyond those plans, the big question mark, of course, is money.

While no cost estimate has yet been done on buildings beyond the ones already underway, it will undoubtedly be expensive, Brennan said.

But some city officials say they’re ready to push for the funding necessary to complete the plan envisioned by the department.

“The Valley needs a West and an East bureau. That’s one thing for sure that needs to be done,” said City Councilman Tom LaBonge. “That’s not tomorrow, but it is in the future.”

LaBonge added that he’s talked about it with the new police commissioners, who will oversee the department and its growth, and the topic of money and funding is likely to come up soon.

“This will take some time, but I would think that after the Prop Q funding is gone, there may have to be a Prop Q2,” he said. “But that still has to be worked through.”