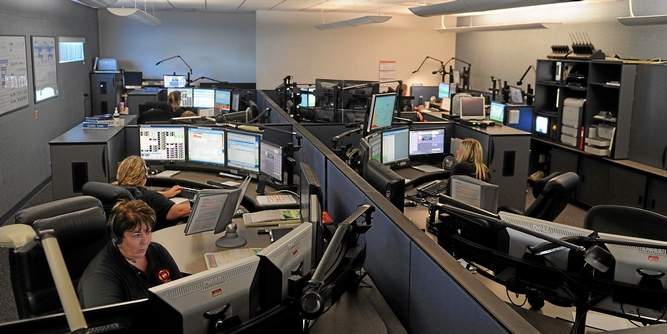 San Bernardino County’s emergency dispatch center has been noted as one of the best emergency call centers worldwide.

On Tuesday, the dispatch center was honored as an Accredited Center of Excellence by the International Academies of Emergency Dispatch, county fire authorities said.

A ceremony was held at Fire Station 71 in Fontana to celebrate the Rialto-based center.

In September 2012, the communication center reached the level of excellence required for the accreditation and has maintained that status throughout the ensuing year, fulfilling the requirement for formal recognition, said county fire spokeswoman Tracey Martinez.

“This made them one of only two accredited dispatch centers in Southern California and one of 129 accredited worldwide,” Martinez added.

Certification by the International Academies of Emergency Dispatch attests to the specialized knowledge, skills and attributes of dispatchers, Martinez said in a written statement.

It’s an objective, measurable process for determining and validating the competency of individuals serving as lifelines for people needing emergency services, she said.

“Consolidated Fire Agencies of San Bernardino County (CONFIRE) knew they were at the level of accreditation months before the plan was set in motion to become an official Accredited Center of Excellence.” said CONFIRE Chairman and Redlands Fire Chief Jeff Frazier. “The center’s work performance reviews were above Academy and CONFIRE standards, month after month. CONFIRE’s dispatchers were continually providing an above-standard level of care to our 911 callers, providing emergency medical pre-arrival instructions when needed.”

Another important function of the call center is pre-arrival instructions to responders.

“The commcenter uses an internationally recognized triage system of questions and answers to best advise rescue personnel of the victim’s injuries,” Martinez said. “This system prioritizes equipment and crews needed for medical emergencies.”

“We are very proud of this accomplishment and pride ourselves on serving our communities at the highest level available,” he said.