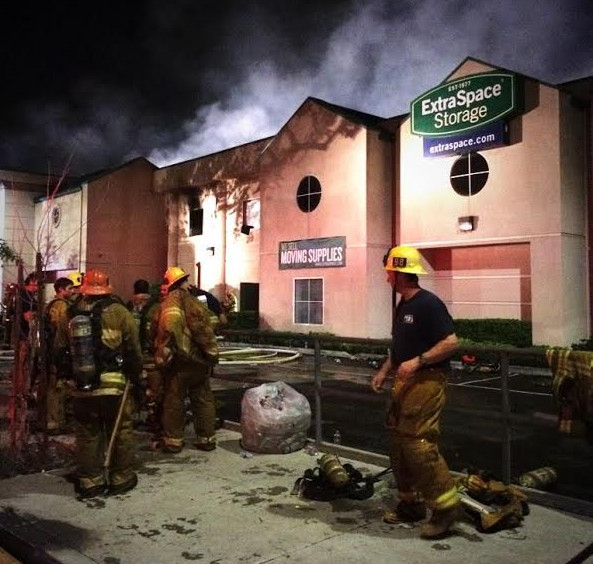 UPDATE: SCMA member Alex Thompson with venice311.org was kind enough to provide her photos and videos for our members to view.

Just after 7:30 PM on October 25, 2014, the Los Angeles Fire Department responded to a Structure Fire at Extra Space Storage located at 658 Venice Blvd. They found a two-story 100′ x 100′ storage facility with smoke in the second floor.

Several interior storage units were well involved in fire and flames rapidly spread as the intense heat and black smoke banked down. Firefighters battled until they were low on air and had to exit to get new air-bottles, then rejoined the fight. Continual waves of additional firefighters were repeatedly ordered throughout this intense fire.

The building’s metal roof made it difficult to vertically ventilate with saws to allow heat and smoke to release. Firefighters broke out windows to assist with horizontal ventilation and utilized rotary saws with diamond tip blades to cut large sections of exterior stucco walls. 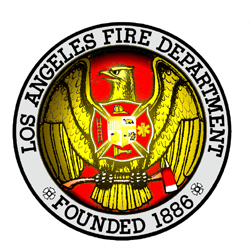 Over 200 firefighters, under the command of Assistant Chief Storms, battled the fire through the night. The abundance of contents continue to smolder and an official Knockdown will be called in the morning.