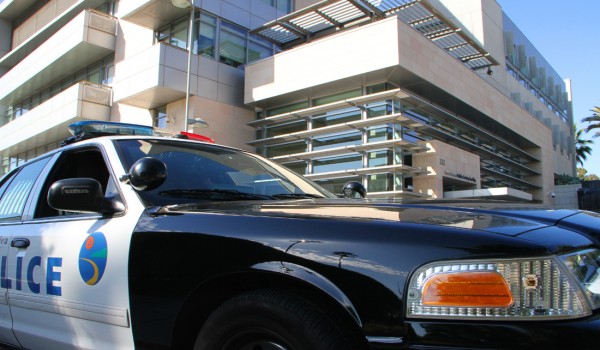 The fatal shooting at Santa Monica College in 2013 was a watershed moment for the two agencies. If they hadn’t seen a pressing need for better coordination before, they certainly saw it then.

“They didn’t know what each other was doing,” said Christopher Herren, the communications administrator in the city Office of Emergency Management.

That dynamic is quickly changing. Herren is helping to oversee the merging of Santa Monica’s police and fire dispatch centers.

Earlier this year fire dispatchers joined their police counterparts in what had been the police dispatch center, which has 10 workstations and which is large enough to support both agencies under the Emergency Management umbrella.

“He was a big proponent of this — it may not have happened if he weren’t around,” he said. “Both departments were reluctant to give up control, and Rod basically said, ‘Let’s have you both give it up and move it under the Office of Emergency Management.’”

According to Herren, it’s not uncommon for police and fire departments in small cities or counties to have shared dispatch centers.

“We’re in an area with a lot of single agencies,” he said. “People say this isn’t done anywhere, but the reality is that, in cities our size, this is much more common.”

The primary goal was not to cut costs, Herren said, but rather to improve response efforts and, therefore, public safety.

Emergency management officials said in an October report about the joint dispatch center that the merge is “essential in addressing the changing nature of public safety in today’s complex environment. Almost all significant public safety events require cooperation and coordination between the different branches of first responders.”

The separate police and fire dispatch centers both suffered from “chronic understaffing, insufficient supervision and oversight, and poor working conditions,” according to the report.

“The combining of fire and police communications centers into a consolidated public communications center will improve situational awareness, remove needless time lags due to call transferring, create cross staffing capacity, and is an acknowledgement of the critical role of communications operators in the delivery of public safety,” officials said in the report.

What does it mean for public safety?

The dispatch center is still in transition mode, so Office of Emergency Management officials haven’t yet done a thorough analysis of response times. But they say they’ve already seen improvements in communication across the board.

Last month’s LA Marathon, which culminated in Santa Monica, doubled as a major trial for the dispatch center.

As police officers called the center about runners with medical emergencies, dispatchers were able to coordinate responses more efficiently.

In the past, communications administrator Christopher Herren said, a police dispatcher would have taken the information and called the fire dispatcher, who then had to enter it into the system.

“Now,” he said, “they’re sitting in the same room. It’s immediate. Fire dispatchers hear the police officers radio in. Maybe it’s 30 seconds saved, maybe it’s 60, but that happens every day. It’s that situational awareness. With dispatchers in the same room, they keep each other updated on what’s going on as opposed to constantly calling each other over the phone.”

Another early test came a few weeks ago, when several dozen 911 calls came in for a structure fire.

Before the merge, police dispatchers would have received and transferred the calls to the fire department’s dispatch center, overwhelming its staff. This time, designated police dispatchers handled about three-fourths of the calls and relayed pertinent information to fire dispatchers, who were already plenty busy.

“When we reviewed that incident, you could hear dispatchers providing information – they’re in the same room, so they feel confident they can relay it,” Herren said. “That wasn’t possible when they were in separate rooms.”

Herren said his office has worked to improve the recruitment process, update training programs and involve dispatchers in agency affairs. He hopes the changes will boost morale, reduce understaffing and allow for more promotion opportunities.

Dispatchers with police backgrounds must know how to give instructions for CPR and childbirth – tasks that previously had been reserved for fire dispatchers. Fire dispatchers are learning how to handle police calls, such as thefts and assaults.

Three fire dispatchers and one police dispatcher have been cross-trained so far, Herren said, and the goal is for everyone in the center to have the skills to serve both departments. But each dispatcher will still have a designated primary agency.

Officials say it will take a couple years for the center to function properly, as envisioned in an October report.

“We still have to staff the center while we’re training, so we’re training a few at a time,” Herren said. “That’s why it’ll take some time.”