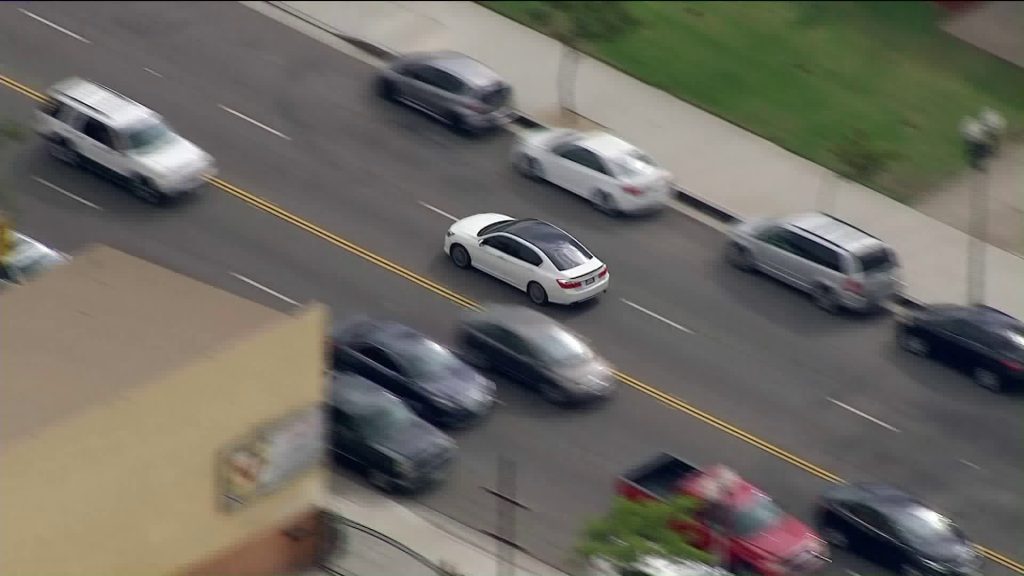 A man led police on a chase in a stolen car from Los Angeles to Alhambra, where he ran onto the campus of Mark Keppel High School and was arrested.

Los Angeles police officers began chasing the Honda in their jurisdiction late just before noon Friday. The driver sped from police on surface streets, at times approaching speeds estimated at 100 mph and nudging other vehicles out of the way at intersections.

About 12:15 p.m., the man drove onto the eastbound San Bernardino (10) Freeway. A couple of minutes later, he stopped on the right shoulder and climbed over a fence and onto the high school campus in the 500 block of East Hellman Avenue, where authorities quickly took him into custody about 12:20 p.m., according to the Monterey Park Police Department. 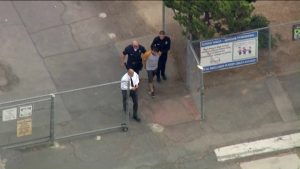 An employee at the school, already on alert because of the chase, was the first to confront and take down the suspect, who was held until officers arrived.

“I’ll say this, he picked the wrong campus to jump onto,” Principal John Scanlan said. “Our employees did a terrific job of making sure all of our students were safe.”

The suspect — whose name was not immediately released — was facing possible charges of car theft and evading a police officer.