Amateur Radio Volunteers Active in Latest Round of California Wildfires 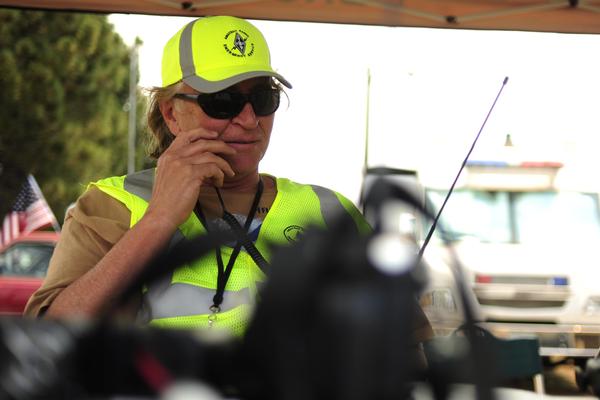 Cal Fire said today (December 11) that evacuation operations will occur ahead of westward fire growth, speeded by low humidity and gusty Santa Ana winds, which will push the fire further into Santa Barbara, County. One of several fires that have broken out across Southern California, the Thomas Fire is far and away the largest.

“Loss of primary power has required using the solar power backup capabilities, but, unfortunately, the heavy smoke has made that backup less than fully reliable,” he said. In addition, some sites are down because of power outages, and at least one hilltop site was overrun by fire.

Rich Beisigl, N6NKJ, reported that the Fallbrook Amateur Radio Group and other groups in the North County (San Diego) are providing communication at some evacuation centers, and the Red Cross has activated its Amateur Radio group. He said a group in Carlsbad also was providing shelter communication support.

In addition to power loss to repeater sites, solar panels charging off-grid batteries have been affected by the huge plumes of smoke blocking the sun.

ARRL Los Angeles Section Manager Diana Feinberg, AI6DF, said little official use of Amateur Radio was made during the fires in her Section. “All city and county governmental radio systems, commercial cell phone networks, and landline phone systems operated normally throughout the three fires in Los Angeles County, with just a few minor power outages of short duration.” At one point, the ARES-LAX Northwest District was very briefly in standby mode when it was thought that power might become intermittent at a hospital in the Santa Clarita area.

Feinberg said the City of Los Angeles Fire Department ACS opened a net for any traffic resulting from the small Skirball Fire, which claimed a half-dozen expensive homes and shut down a major freeway during the morning commute.