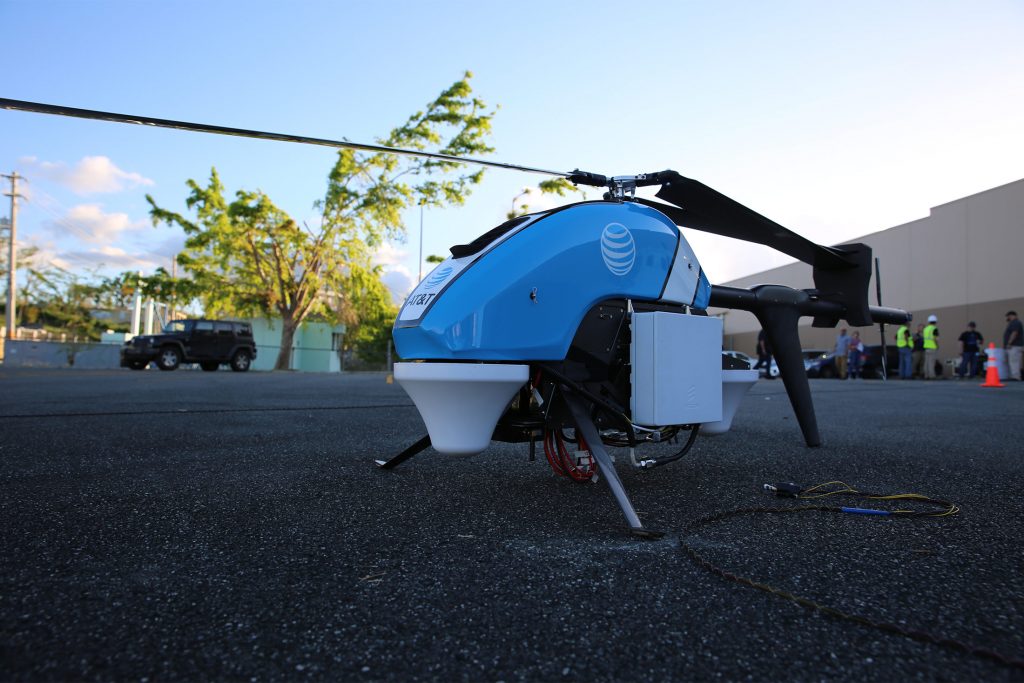 LTE-connected drones hold a lot of potential for FirstNet-subscribers. Exploring the capabilities of this technology in wake of Hurricane Maria’s devastation will help temporarily restore connectivity and assess how first responders can use the drone in the future.

AT&T has developed a drone that can function as a flying cell phone tower and helped restore cellular service in Puerto Rico.

The aircraft is called the Flying COW, for Cell on Wings. Developed by AT&T, it flies up to 200 feet above the ground and can provide voice, data and Internet service for 40 square miles.

AT&T said this marked the first time an LTE cell site on a drone had been successfully deployed for connecting residents after a disaster.

The drone, a Pulse Vapor 55, looks like a mini helicopter. It’s fitted with LTE radios and antennas and is tethered to ground-based electronics and power systems.

Its weight exceeds the FAA’s small drone 55-pound weight limit, so it required special authorization for use. The agency says it can be used on a temporary basis while permanent infrastructure is rebuilt.

A video from February shows the device in rural Georgia, tethered to a base of solar panels and connected to fiber. Art Pregler, director of the company’s drone program, explains that the drone is well-suited to disaster recovery after a hurricane or tornado, as it is easily deployed to establish connectivity.

Pregler said the drone is also useful during wildfires because it can be moved as the fire line shifts.

A Flying COW can provide coverage to up to 8,000 people simultaneously, AT&T said. The company said it currently has just one of the devices, but it is testing additional models for deployment.