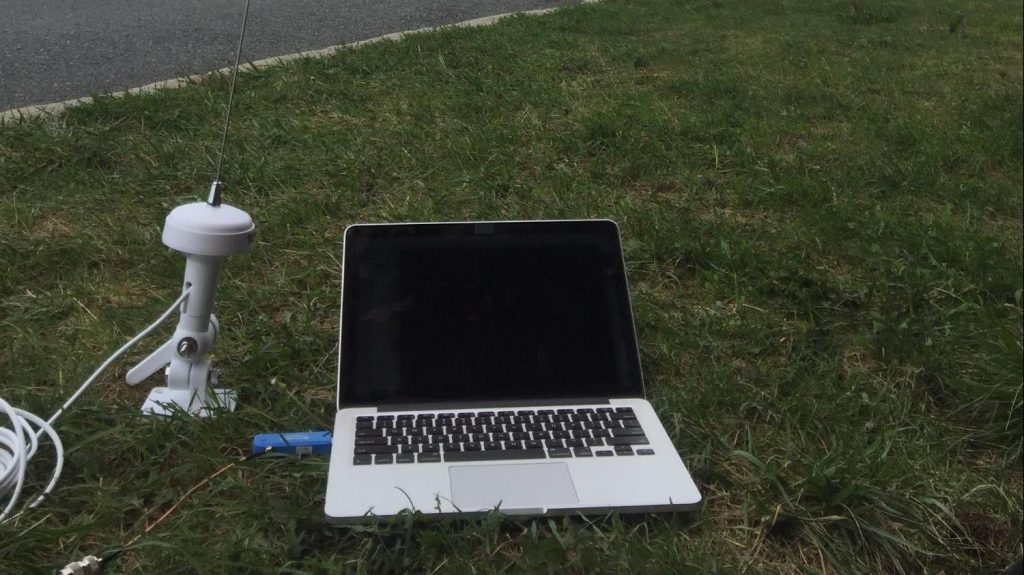 From spy planes to rogue Wi-Fi networks, journalists and artists are using new technology to reveal a hidden world.

One day this fall, in an old factory in Brooklyn’s Bushwick neighborhood, a row of ’90s-era phone pagers chirped and buzzed. Alongside their dimly-lit displays sat a receipt printer—like the kind you might find in a cash register—spewing out long spools of paper. As my eyes scanned along the printouts, I couldn’t believe what I was seeing: These were pager messages of dozens of doctors and hospital staffers, filled with very personal information about patients. 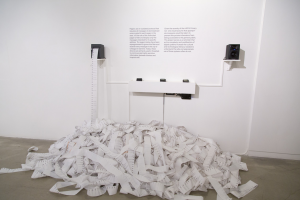 The installation at this year’s Radical Networks conference was part of an artwork called Holypager by Brannon Dorsey that used a programmable radio to listen into pager message traffic. While you might think that doing this would take the skills and resources of a spy agency, it’s actually fairly straightforward for even the modestly tech savvy.

When phone pagers became popular in the 1990s, very few people understood how they worked and the technology they depended on was extremely expensive. The designers of the pager network thus got away with sending out every message unencrypted, relying on the pagers themselves to display only the messages addressed to them. Today, however, following readily available instructions and using a cheap USB radio, almost anyone can build a pager that receives every message broadcasted in their area, not just the ones addressed to them.

Dorsey’s project is part of a broader movement in which artists and journalists are using new radio technologies to explore the politics and implications of how hidden infrastructures are designed and used.

While radio might seem like an antiquated technology, it’s actually a ubiquitous part of modern life. Radio signals from Wi-Fi routers, GPS satellites, Roku remotes, wireless water meters, bluetooth keyboards, weather stations, and even echoes of the big bang all saturate the air around us.

Until recently, it was relatively difficult to explore this vast and invisible world. AM/FM radios have been cheap and readily available since the popularization of the transistor in the 1960s, but devices that let you tune outside of frequencies like the 88 MHz-108 MHz band of FM radio were hard to come by and generally cost thousands of dollars.

This all changed in the early 2010s. A group of hackers discovered that the chips that powered many cheap digital TV USB tuners could be repurposed to tune into an impressively wide range of frequencies, from as low as 24 MHz to well over 1000 MHz. Today, these software defined radios (SDRs) can be picked up for about $20 on Amazon and are supported by an active open source community.

The opportunities this new technology has presented for investigative journalists and socially engaged engineers have proven to be vast. For instance, Buzzfeed News published a major story in August that revealed the extent to which law enforcement agencies use Stingrays (devices that pretend to be cell phone towers and are used to surreptitiously track people) by analyzing data from the radio signals that planes use to report on their location.

(CLICK THE LINK BELOW TO CONTINUE READING THIS ARTICLE)

The artist Surya Mattu also used software defined radios in a recent work showed at the Whitney Museum of American Art in New York that revealed the names of all the Wi-Fi networks our phones have ever connected to. While the engineers who designed Wi-Fi thought it would be useful for our phones to try to automatically connect to a network, they unintentionally built a system that leaked intimate things about us into the air, like the name of a hotel visited on a recent trip or the network at an ex’s apartment.

It has never been easier for anyone to explore the radio spectrum. All you need to get started is a $20 software defined radio—essentially a USB stick that has an antenna and lets your computer tune into the radio waves around it.

Once you have a physical radio, you’ll need to use different software programs to make sense of the signals that you’re picking up. The easiest to work with are audio transmissions. 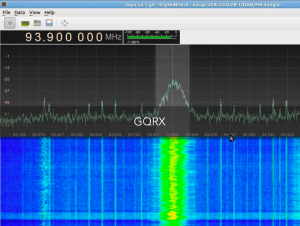 GQRX is a popular, open-source radio receiver that works on Mac, Windows, and Linux. Open it up and type in 91.1 MHz and, if you’re in the New York City area, you’ll be treated to some eclectic tunes from the alternative radio station WFMU. However, if you type in 476.68750 MHz, you can listen to the radio traffic of the NYPD 94th Precinct, which services Brooklyn’s Williamsburg and Greenpoint neighborhoods.

Knowing what radio frequency to tune into can be as challenging as knowing what URL to type into your browser, but there are lots of resources that can help.

Communities of police-scanner enthusiasts have published lists of frequencies you can tune into for years, but the real goldmine of information (in the US at least) is maintained by the Federal Communications Commission (FCC).

While today the FCC is best known for dismantling net neutrality, it was originally established to regulate radio transmitters partially in response to the sinking of the Titanic in 1912. The ship’s distress calls had been drowned out by shore-based interference, contributing to its demise.

This broad mandate gives the FCC some control over everything from microwave ovens to satellite uplink transmitters. A benefit of this regulation for hobbyists is that anyone who wants to use a radio that transmits above a certain signal strength needs to get a license, and all of those licenses are public data.

The FCC’s License View database is a rich resource for discovering who is likely using the radio waves in your neighborhood.

The FCC website will let you run searches across the licenses but the interface is limited. Enigma Public—a platform for searching and discovering public data that I helped start—has also archived the FCC data and allows for a more feature rich and user-friendly experience. For the more daring, you can download the whole database of nearly 20 million licenses to work with directly (if you have database experience I also made a library which makes it easier to do geographic searches).

Tapping into the data

Beyond just listening into voice chatter, there’s a lot of interpretable data that also flows over the airwaves. A robust open source community has made specific pieces of software that let you turn the signals broadcast on particular frequencies into readable data.

Here’s just a selection of the kinds of things you can do:

As a kid I remember being totally astonished when I learned that the visible light we can see is the same stuff—the same electromagnetic radiation—as the radio waves or x-rays that we cannot. What kind of eyes would it take to see that other stuff, I wondered.

Last year China finished construction of the largest radio telescope on the planet, making it the world’s leader in the search for extraterrestrials. As the Earth spins through space, the telescope’s antenna is pointed into the depths of the universe, hoping to overhear a bit of conversation from a distant world. While a radio plugged into the side of a laptop may be more limited in its reach, it does promise to open up new realities for exploration.