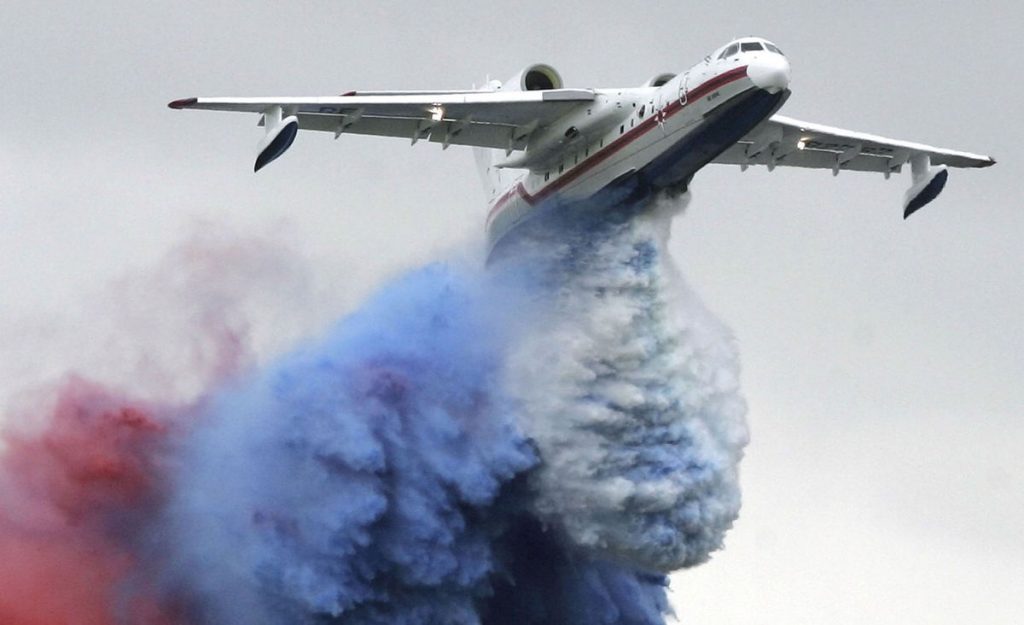 As wildfires sweep across the state of California, Russian Federation officials have offered their aid in the form of amphibious, firefighting airplanes called Be-200s, which could be mobilized in 72 hours, according to a Santa Maria airport official.

If an agreement is finalized, Russia’s Beriev Be-200s would be utilized in the firefights and would be stationed at the Santa Maria Public Airport, said David Baskett, president of Santa Maria-based International Emergency Services.

“Russia and the U.S. have a handshake agreement on sending the Be-200s here to help on the fires,” Baskett said Friday afternoon.

Specifically, officials from the Russian Federation’s Ministry of Affairs for Civil Defense, Emergencies and Elimination of Consequences of Natural Disasters (EMERCOM) and the U.S. Federal Emergency Management Agency (FEMA) are involved in the discussions about Russia’s offer of aid, he said. 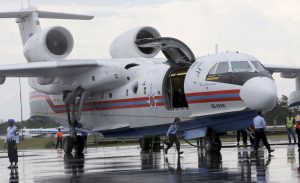 In an email to Baskett Friday night, however, a FEMA representative said the federal agency has received no offer of assistance from EMERCOM.

“I have received numerous emails forwarded to me where you have contacted Cal Fire officials claiming that FEMA has accepted offers of assistance from EMERCOM,” J.P. Henderson, regional counsel FEMA Region IX, wrote in an email to Baskett.

“I have verified with our HQ International Affairs office that these claims are false. No offer has been made to FEMA,” Henderson wrote.

Baskett, who is also a Santa Maria Public Airport District director, said he stands by his information. He said he started receiving phone calls about the offer at about 4 a.m. Friday and spent most of the morning working with Russian and U.S. emergency management officials, as well as Cal Fire, on the details of the offer.

The Russian Federation’s Minister of Trade and Industry Denis Manturov also sent a letter to Gov. Jerry Brown to offer his government’s assistance.

“We in Russia are worrying about (the) situation with the extensive forest fires occurring in California,” Manturov said in his letter to Brown, which was shared with the Santa Maria Times.

No word has been released on Brown’s response. 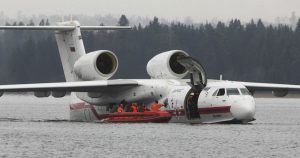 It can drop 3,170 gallons of water on a blaze in just a few seconds.

The aircraft, which has been used to fight fires all over the world, is also equipped with tanks to drop fire-retardant chemicals or a mix of water and the chemicals.

The Be-200 is able to quickly fill its water tanks by flying along the surface of a body of water and can utilize both fresh and ocean water to fight fires.

If Russia’s offer of assistance is approved, leaders at the Santa Maria Public Airport will be ready.

“The Santa Maria Airport is fully operational and able to accept anything the Forest Service or Cal Fire wants to bring in, as long as the aircraft meets the category of aircraft we are designed for,” said Chris Hastert, Santa Maria Public Airport general manager. “The Be-200 definitely falls within our design category.”

He added the only aircraft the airport can’t handle are 747s, because they are too big for the airport’s taxiways.

“We have space and we have a hotel,” Baskett said, referring to the Santa Maria Radisson. “We are blocking rooms right now. We will be prepared.”

If approved, the Russian firefighting aircraft and their crews could arrive early next week.

Baskett has been working on the effort for about a decade, and if all goes according to plan, International Emergency Services and its partners could bring 500 jobs to the city with its production and maintenance operations at the Santa Maria Public Airport.