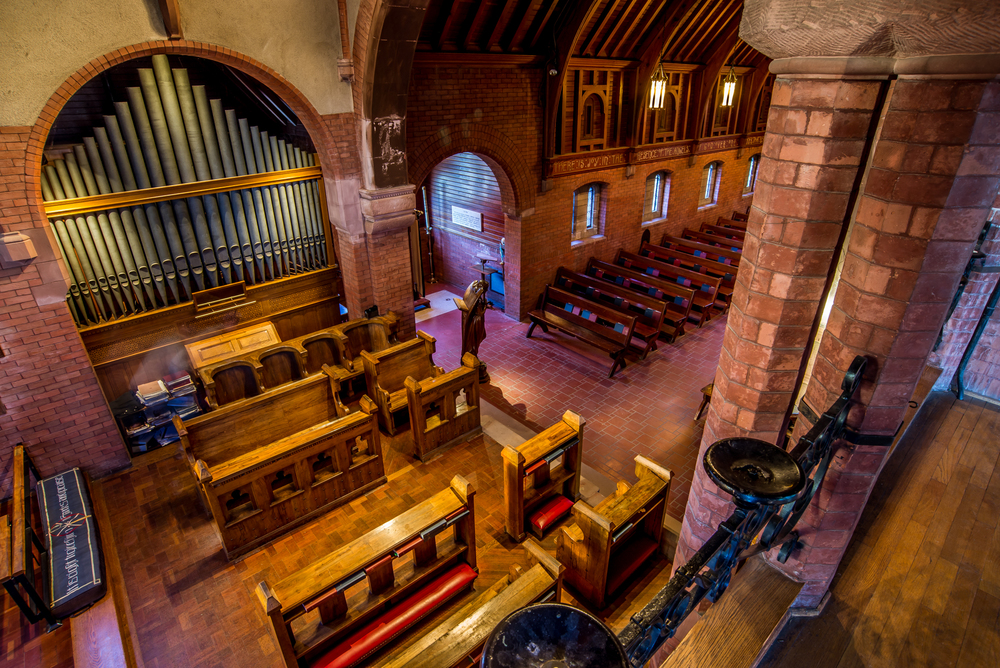 A fire that damaged a 129-year-old Episcopalian church Saturday morning (1/13/18) in Pasadena has prompted an arson investigation.

Authorities said the cause of the non-injury fire at Church of the Angels, which was reported at 2:20 a.m. at 1100 N. Avenue 64, just east of the Los Angeles city limits, is being investigated as suspicious.

The Los Angeles Fire Department responded and battled the fire at the church as it was originally reported at a Los Angeles address. The Pasadena Fire Department was notified of the blaze after being given a corrected address and is taking over the investigation, according to the LAFD’s Amy Bastman.

It took 41 LAFD firefighters to knock down the blaze in 14 minutes, Bastman said.

In addition to arson investigators, the House of Worship Task Force also was summoned to investigate, according to Bastman.

“At this time investigators are not calling this a hate crime, but referring to it as arson, graffiti, vandalism and a burglary,” said Lisa Derderian of the Pasadena Fire Department. “A few historic statues were significantly damaged and there is fire and smoke damage inside the church.”

The building, which was built in 1889, is the oldest church along the Arroyo Seco waterway, according to the church’s website.

“Police and fire investigators are on scene and will make notifications to other state and/or federal agencies if the need exists,” Derderian said.